A tour to the production and logistics center of the NAYADA Company was organized as part of the international competition in design and architecture – the ArchChallenge 2013: Flex Office.

The competition, which is dedicated to the design of furniture for “flexible” office spaces, has already collected more than 200 applications from potential participants from 25 Russian cities, as well as cities in Ukraine, Belarus, Azerbaijan, the Netherlands, Holland and Italy. The purpose of the competition is to realize the best concepts for series production for the mass market, with their authors receiving royalties from sales.

The trip to the production facilities is a key milestone for the designers creating contest projects in three categories: work place for Open Space, Bench-systems, Area for communication and conversation. The tour of the 20,000 square meters of production facilities has brought together beginners and practicing designers, as well as industry experts. 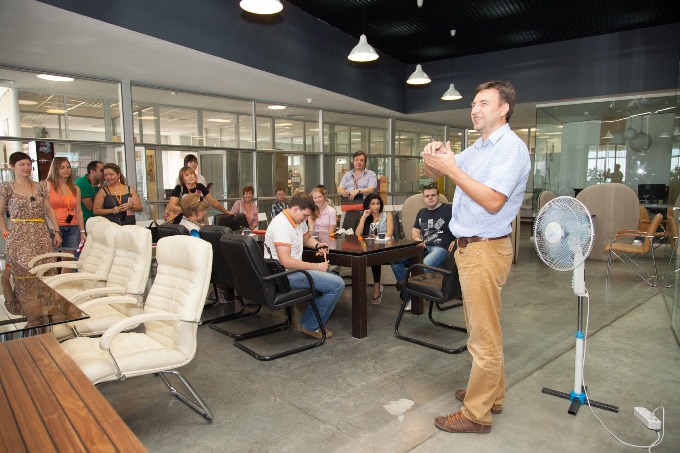 The rich program of the tour included visits to the shops processing glass, plastic, metal and wood, as well as shops engaged in veneering, finishing of furniture and elements of interior design using paintwork materials. Naturally, great attention was paid to the main products of the NAYADA Company – the office partitions. A wide range of mobile, sliding, fixed and fire-safe partitions, presented at the production sites, allowed the participants to study all the peculiarities of production, up to the special features in the final design of office spaces for customers. 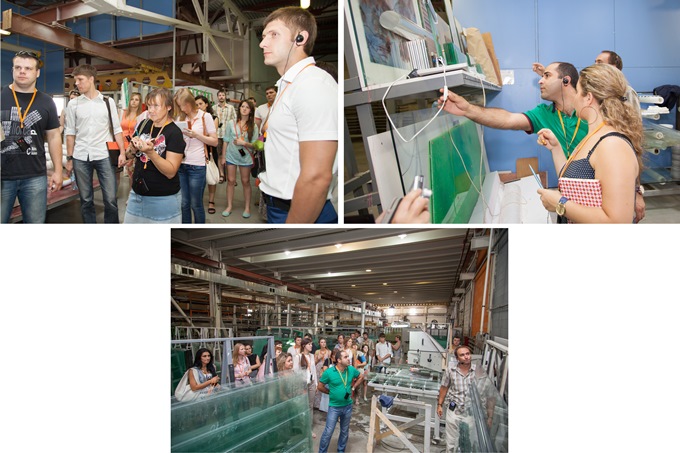 Excursionists had the possibility to see for themselves all the minute details of the production process: the work of the machinery park used at the NGT Glass Factory, the work of the LEPOTA Design Furniture Factory. The unique MORBIDEL 3D Woodworking Machining Centers, which allow for carrying out projects of any complexity, aroused great interest.

“Introduction to the technology of production gives the participants a real vision of the realization of a product, from the concept to end result. This information will allow them not only to eliminate possible errors in their designs, but will also inspire further creativity,” says Dmitry Cherepkov, President of the NAYADA Group of Companies. 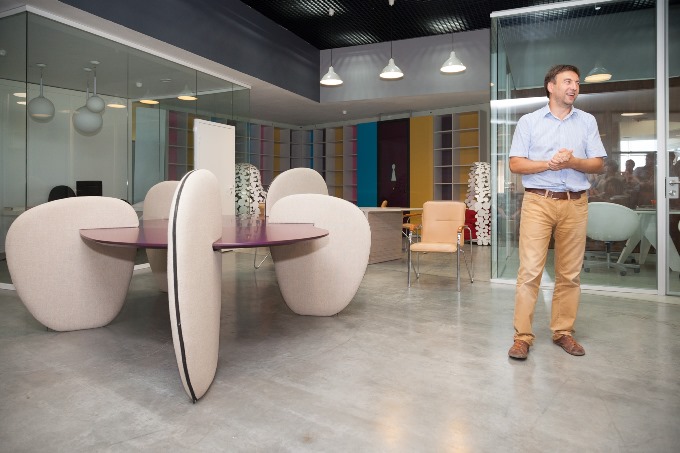 A special part of the program was familiarization with the Project “12 Architects. Offices”, a collection of office furniture, made by the leading architectural firms in Russia, which is already well-known in Europe and around the world. At the furniture section, the visitors saw the technologies, used to create the offices, such as special saw cut wood, the technique of “layer cake”, facing, finishing, the combination of solid wood and Plexiglas, etc. 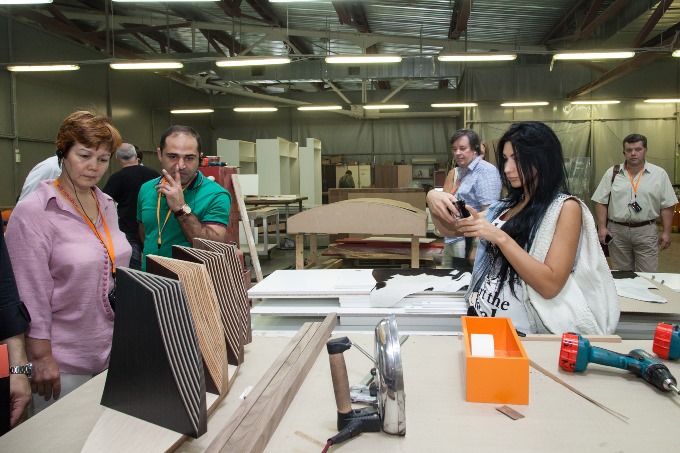 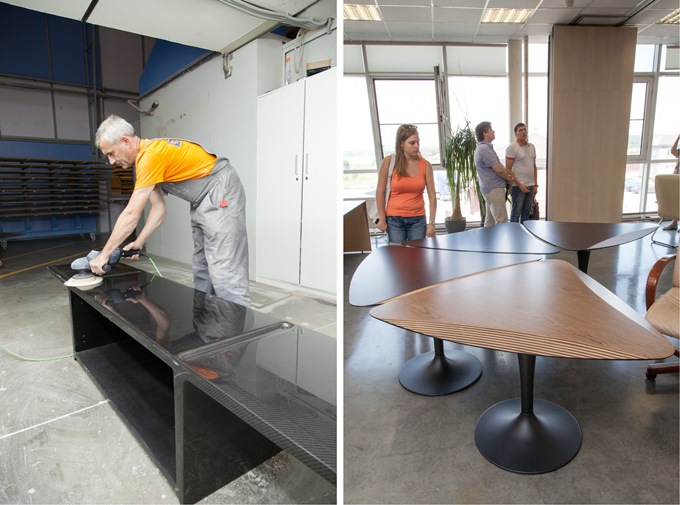 The participants were especially encouraged by the project created by their “forerunner” Arseny Leonovich, the winner of the ArchChallenge 2012. His co-working station “Islands”, made at the LEPOTA Design Furniture Factory, has repeatedly become the brightest part of the exhibitions, both Russian and international, including the Orgatec in Cologne and I Saloni 2013 in Milan.

The ArchChallenge competition was launched in 2005. This year the competition cycle is centered on the latest trends in office space design – flexibility and functionality. Flex Office has three categories: “Work place for Open Space”, “Bench-system” and “Area for communication and conversation”. The organizers specify that the participants in the competition should submit visualizations of their proposals, drawings and explanatory notes, which indicate the options of furniture layout.

“The deep transformation that has occurred in the field of labor, along with an increase in the use of communications systems requires an equally radical change in the concept of space and the modern office environment. This is a great opportunity to look at the office world in a new way, especially for young architects and designers,” said, in his address to the contestants, the famous Italian designer and architect Luca Skaketti, Chairman of the ArchChallenge Jury.

NAYADA-Standart Partitions: classic is always in fashion
Next news

“Islands” from NAYADA won the first place in the “Russian Design” competition.
All news