The NAYADA Company is actively participating in the modernization of Russian city libraries, offering solutions for the zoning of premises. In the Kirovsky District of Krasnoyarsk, the modernized and renovated S.V. Mikhalkov Library again opened its doors to young readers. In 2016, this library will be celebrating its 40th anniversary, becoming the second library in the city to participate in the regional library modernization program. 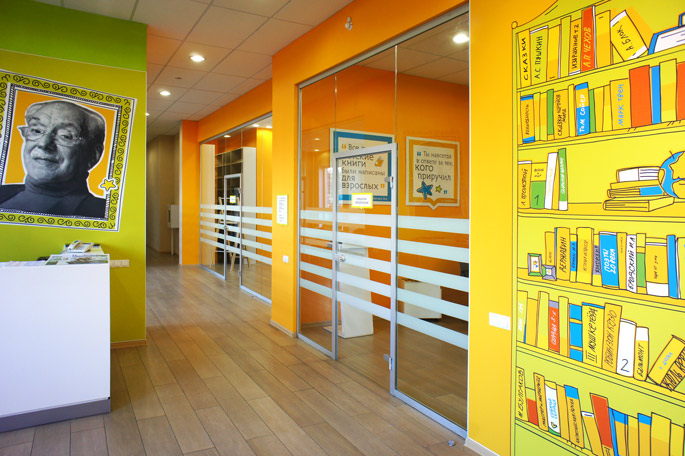 Earlier, back in 2015, the Dobrolyubov Library was opened, in whose modernization participated the Krasnoyarsk office of NAYADA.

Just like for the Dobrolyubov Library, the concept and design for the S. Mikhalkov Library was created by the ArtStyle Agency. Now, this children's library has a multifunctional hall, where parents will be able to engage with their children. An I-laboratory has been created for students, where they can work on graphic design and animation projects. In addition, the library will offer classes for the study of Russian and foreign languages. In the Cinema Hall, visitors will watch movies and plays. Those so wishing, will have the opportunity to familiarize themselves with the works of Sergey Mikhalkov – using electronic versions of his books. 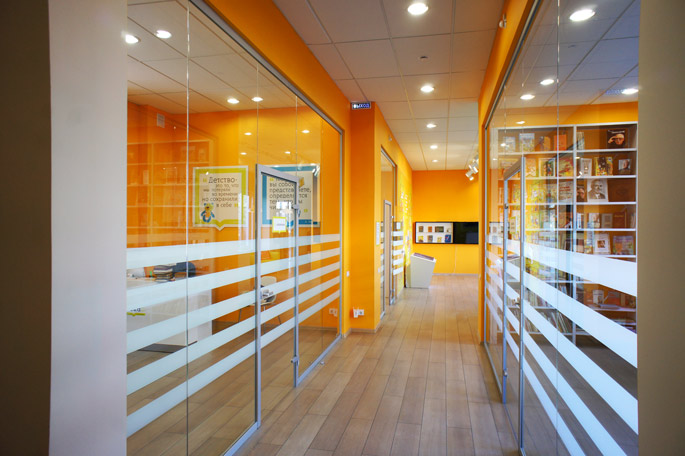 According to the developed design, the space of the library has been divided into functional zones using NAYADA-Crystal frameless translucent partitions. The stained glass vestibule of the entrance is decorated with NAYADA-Standart glass partitions with aluminum profiles. 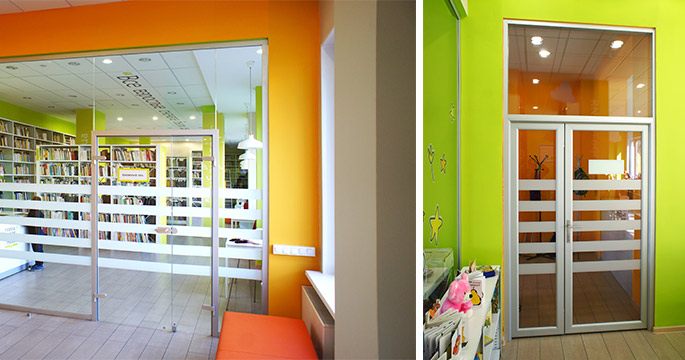 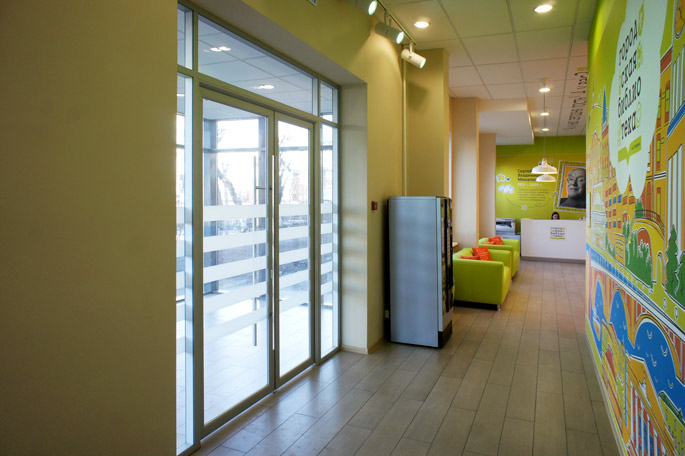 NAYADA glass and deaf fabrics in aluminum frames were used on doors to private offices and storage rooms.

Currently, the library is fully operational. In addition to services for ordinary readers, experts conduct extracurricular activities for school groups and lead other activities. It is worth noting that now this institution can be visited by around 200 people at the same time.