The “Yasno Pole” eco-park accepted the “ArchiDni” architecture exhibition on the 2nd and the 3rd of September, 2017. Two-day program compiled with the support of the Union of Moscow Architects, included discussions, separate workshops for adults and children, excursions, outdoor activities and tasting sessions for eco-products. The “ArchiDni” also provided for completion of the “ArchChallenge 2017: Modular Homes” design and architecture contest. So, on these days every visitor of the “Yasno Pole” could see the full picture of the main focal areas of the eco-park, primarily related to creativity and creative development, research and implementation of the state-of-the-art technologies for “green” architecture and construction. Partners of the “ArchiDni” exhibition included AGC Glass Russia, dormakaba, KATEPAL, Das Werk, NAYADA and LEPOTA companies. 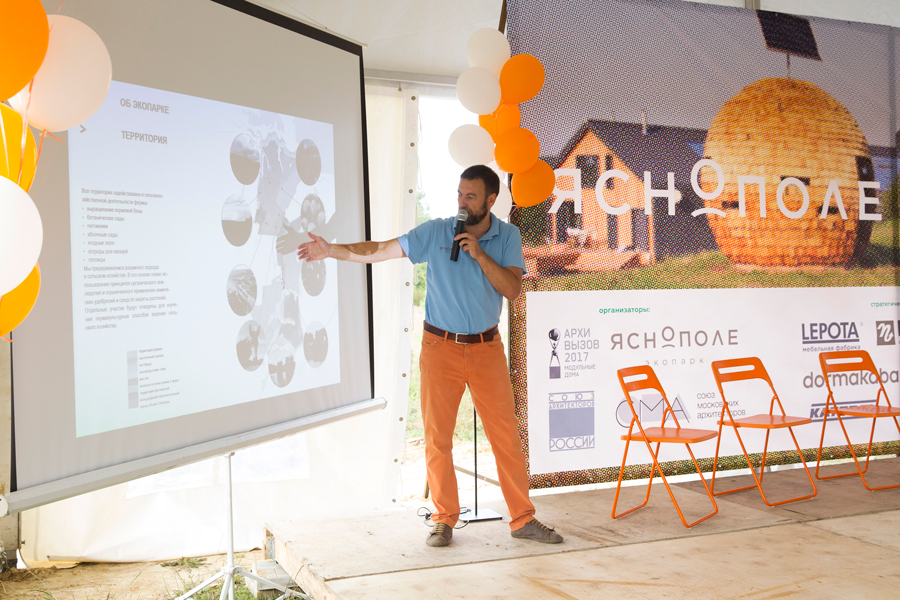 Over 300 guests came to the “Yasno Pole” to participate in activities offered by the “ArchiDni”. The program opened with the “Dream constructor” discussion during which Alexey Rozenberg and Sergey Syrenov, architects who are focused on author architecture, Natalia Braylovskaya, a general manager to “Dom-Kovcheg” company, and Dmitry Cherepkov, a founder and a manager to the “Yasno Pole” eco-park, considered advantages and weaknesses of various types of private country houses in comparison with modular homes. After that everyone interested could attend the excursion across the eco-park led by Dmitry and Regina Cherepkov, its founders, to see the progress and new objects appearing on the “Yasno Pole” area in the recent year (for example, the entire “Crowd” consisting of new houses called “Cow House” or “Bull House” designed by the architect Vladimir Kuz’min of the “Pole Design” bureau) and those to be implemented further. 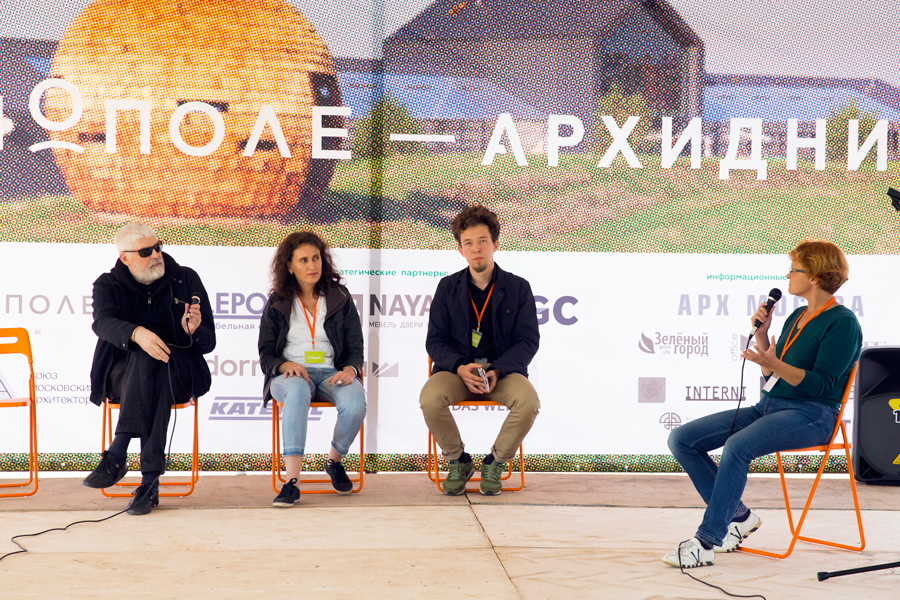 While adults made themselves aware of the eco-park infrastructure, children participated in creation of its new object. The creative team “Koni na balkone” held two-day workshop during which the kids designed and built an original bridge playground consisting of the great number of elements which, due to childish imagination, could be turned to a variety of real and fantastic objects with ease. The children’s creative process was guided by architects, woodworkers, entertainers and educators. The playground created by them will develop further, as due to the idea brought by little authors it may be extended with the use of new modules.

Meantime, the main stage welcomed the lecture jointly held by Nikolay Malinin, an architectural historian, and Timur Bashkaev, an architect. The lecture named “A bridge to a dream” preceded the announcement of a new contest to be held by ArchChallenge for the “Bridge Park” projects to be realized in the eco-park. The extensive collection of the most uncommon bridges presented by Nikolay was supported with Timur’s comments who evaluated them in terms of competency of the design solution and shape expressiveness. The “ArchiDni” visitors inspired by this insight could immediately apply their skills to invent a unique bridge being involved in an architectural game created and organized by the “Druzhba” studio architects. Instead of a standard quick “clausere” session, the game participants had to develop images and describe them in several words to let another participant imagine and draw a new project based on several phrases. Vladimir Kuz’min and Dmitry Cherepkov were the experts of the game. The other “ArchiDni” guests enjoyed the show exhibited by the “Compas Mauri” musical band. 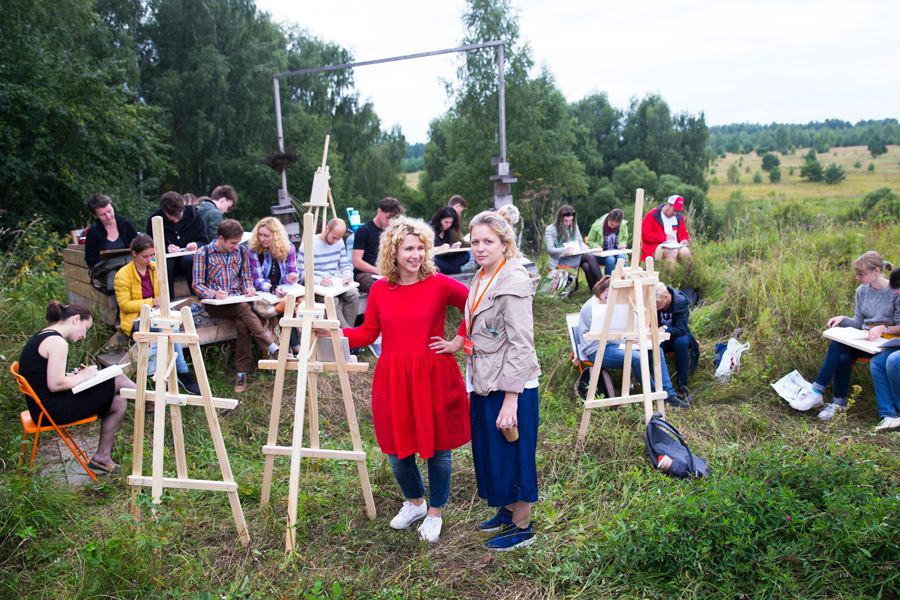 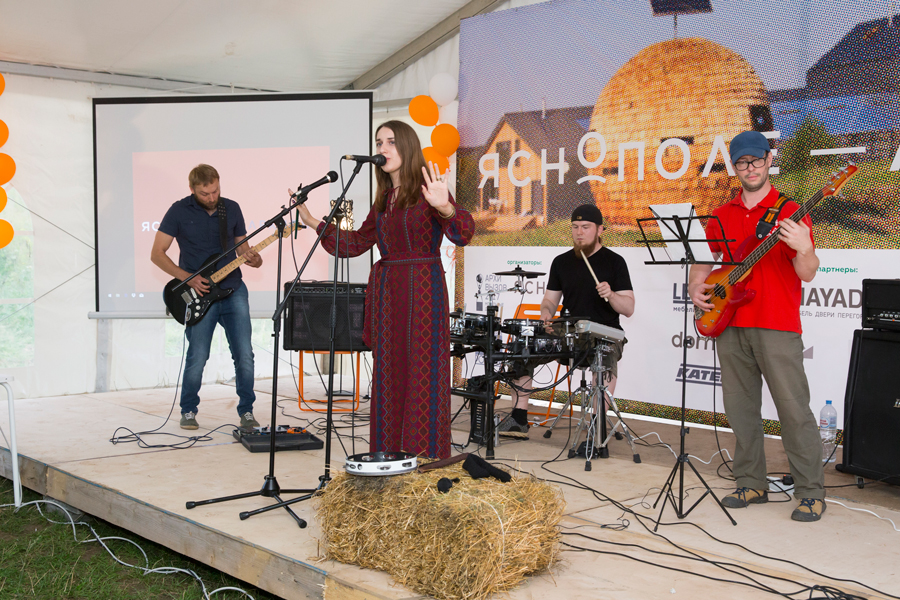 The first day program finished with the official ceremony of completion of the “ArchChallenge 2017” contest. 14 design projects won awards in two nominations, Modular Home and ArchiTochka. The “O-DOM” project presented by the SA Lab studio won the Modular Home nomination. The first place in the ArchiTochka nomination among small architectural objects was granted to two projects: the “Terrikon” by Artemiy Gusev and “Becorner archi point” by Alexey Lukyanov. For the complete list of the prize winners see the last part of this press release or the website: http://archchallenge.com/works/winners 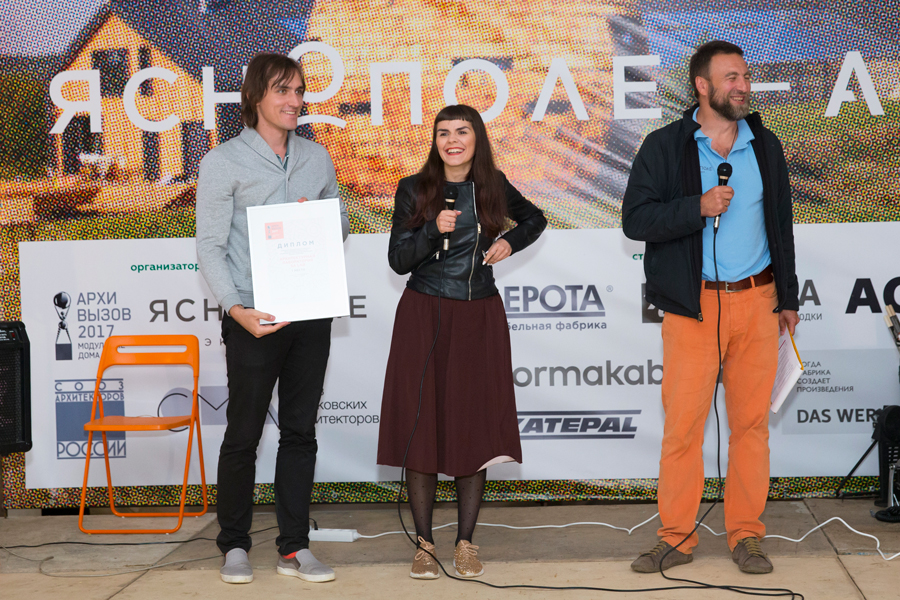 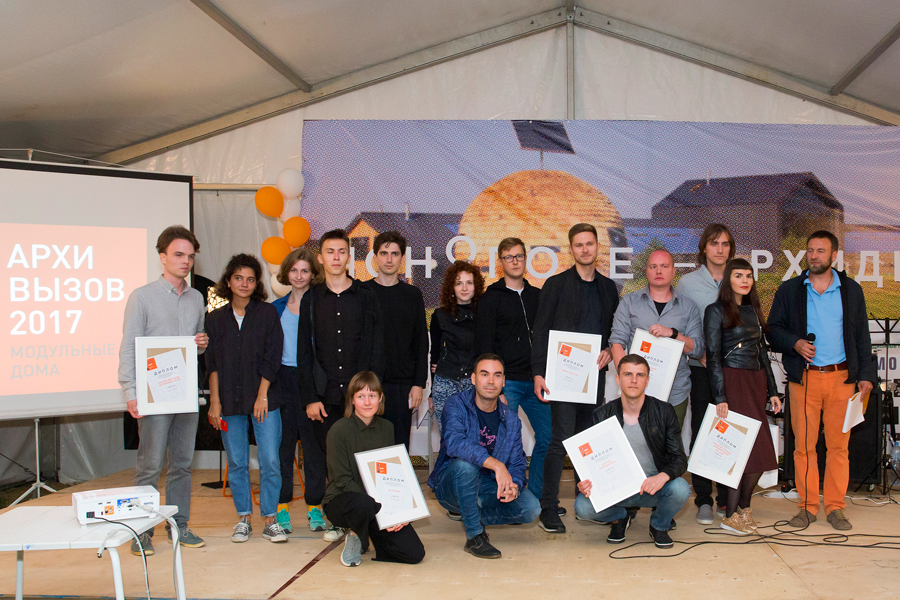 The first day (actually, the evening and the night) continued in an informal setting, with singing around the circle of fire, dancing in headphones and tasting of cheeses produced in the “Yasno Pole”.

The second day of the “ArchiDni” started with tough choices: the guests had to decide whether they wanted to play footgolf or listen to a discussion between Nikolay Malinin, a reviewer, and Alexey Rozenberg, an architect, about the nature of the Russian “izba” (a log cabin), its development and transformation throughout the XX and XXI centuries influenced by social, style and technology changes. The discussion took two hours and involved the audience. It appeared that in addition to evident typology properties, the “izba” carries deep sacral significance and related principles for arrangement of space and its orientation in the cardinal directions. Alexey Rozenberg told about this characteristic of the true Russian home in details and demonstrated it using his own projects how they could maintain and develop this tradition in the modern world. 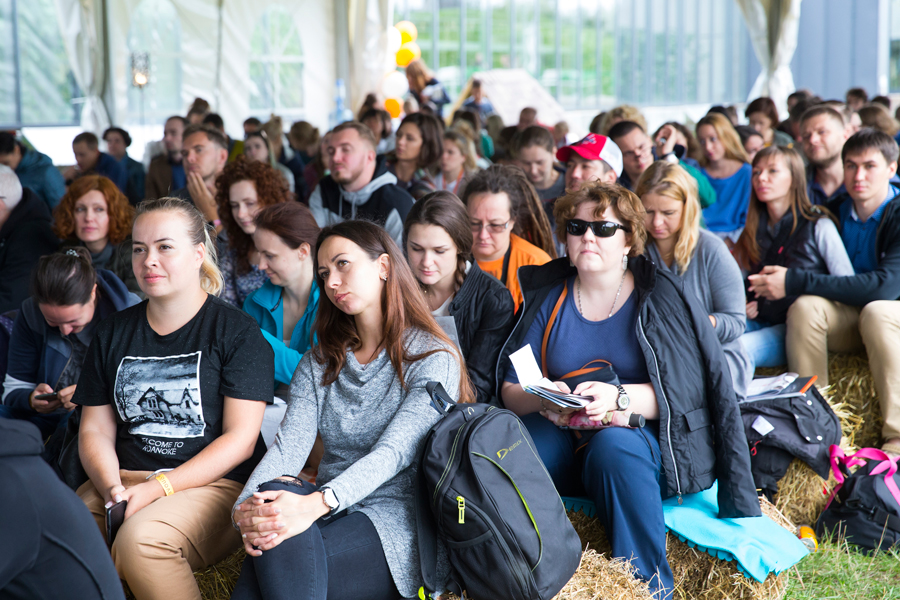 The program was completed very impressively. After the presentation of the results of the architectural game and the children’s workshop, the main stage showcased the discussion called “The children’s worlds. The playgrounds for development and recreation. New ideas and formats” which attracted the architects, namely: Bella Filatova from the “Druzhba” studio, Maria Pomelova from the “Chekharda” bureau, and Ilya Mukosey who is the chief architect of the PlanAR bureau; all of them have extensive practice of development of new methods and approaches to designing and equipping of playspaces for children as well as providing of urban amenities in the yards attached to the modern residential parks. The theme of enrichment programs and spaces for children is a specific focus area for the “Yasno Pole” eco-park as this is one of its principal growth areas.

During these two days of the “ArchiDni” the organizers made their best in the “Yasno Pole” eco-park: they managed to pick a very sophisticated audience and involve it into active and creative performances. Every visitor of the “Yasno Pole” could find activities of his or her choice. Some of them discussed important cultural, architectural, social and ecological problems, the others tried to make away with stereotypes, create new ideas and immediately implement them, some people used the opportunity (which is not met often by urban residents) to spend time in natural surroundings contacting with animals or doing sports. The “Yasno Pole” eco-park was established to serve these needs and the tradition to hold such events will be continued in the next year when a new contest for bridge projects will be completed.

Photos made during the “ArchiDni” exhibition at the “Yasno Pole” eco-park are available at: http://dropmefiles.com/AjJzt