Homelike environment in a modern office space: NAYADA for the Coca-Cola headquarters in Kiev

NAYADA contributed to arrange the Kiev representative office of the major soft-drink maker Coca-Cola. DENZA Workspace architects transferred cozy homelike environment existing in a previous Kiev office to a new headquarters. At the same the office looks like a modern working space with the interior reflecting a brand image of the international company. 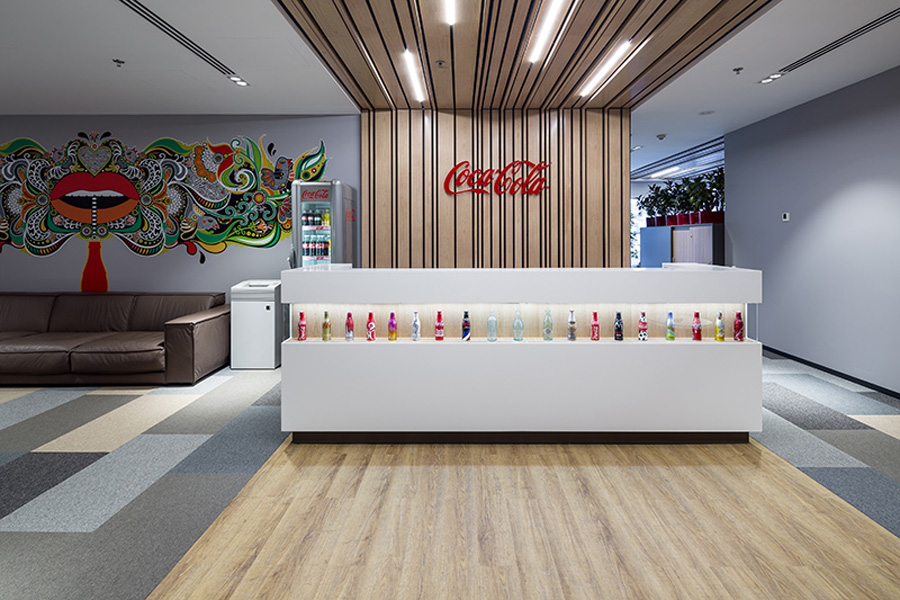 Extensive use of glass, functional office furniture and other attributes inherent to a modern office space were balanced with light wooden surfaces, lathed ceilings of wood tones, carpet flooring on the most office area and a lot of indoor plants. 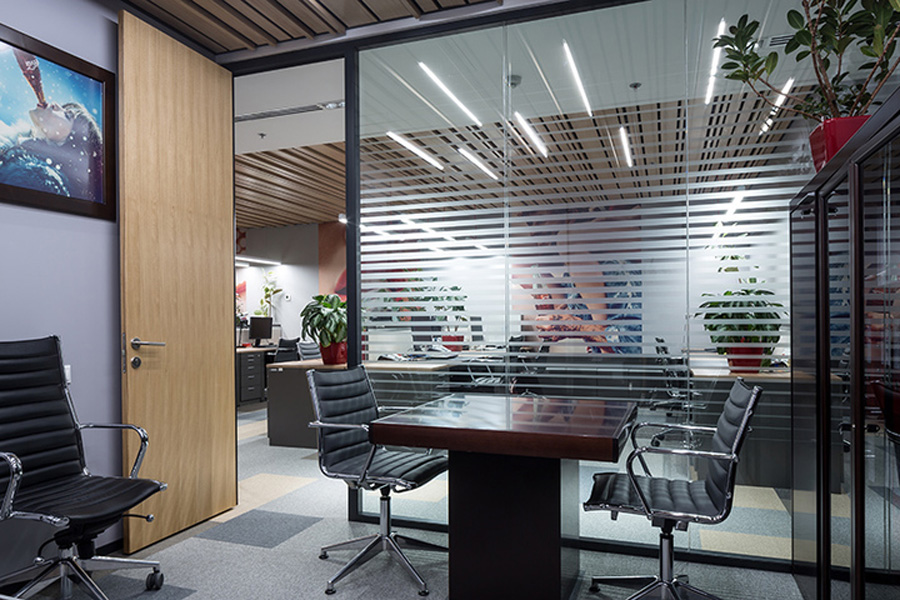 A prolate form of the room strictly required to extend the area of corridors and traffic flow areas. However, the project designers maximally integrated them into the common space intentionally refusing of the use of flush and solid dividing partitions as much as it was possible.

NAYADA company performed glazing of the corridor, zones adjacent to the office rooms and the open space zone. NAYADA-Twin partitions system with double-glazing had been chosen to implement this project. 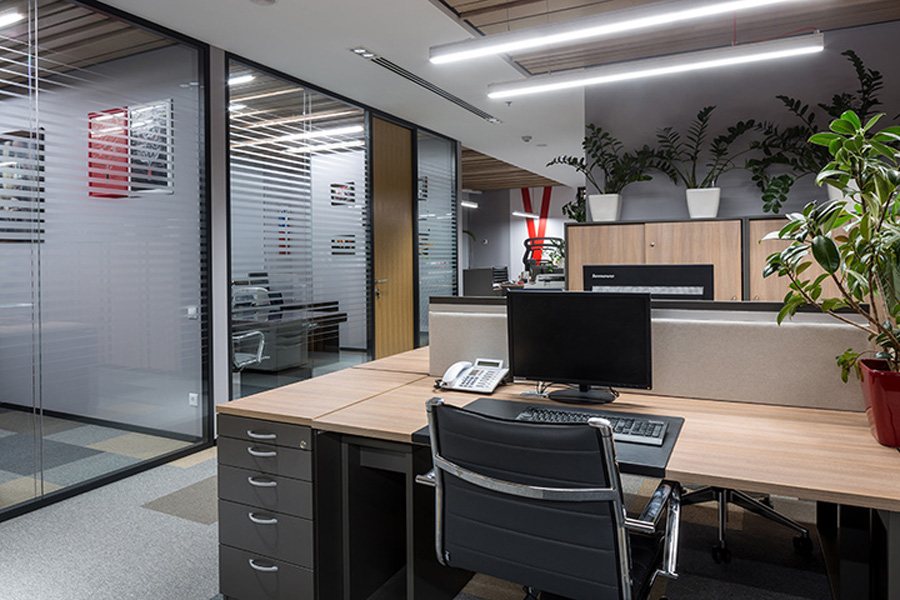 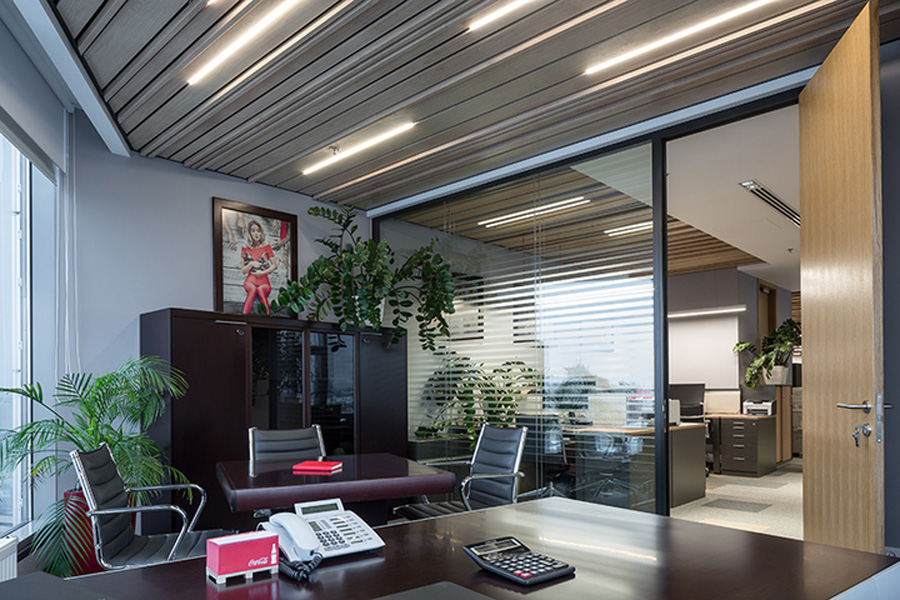 Some areas feature just a visual direction of traffic flow with the use of a different ceiling finish, but where the private offices or conference rooms were to be isolated, the company applied both white partitions and glass partitions decorated with film shaped as matte strips and ornamental patterns. 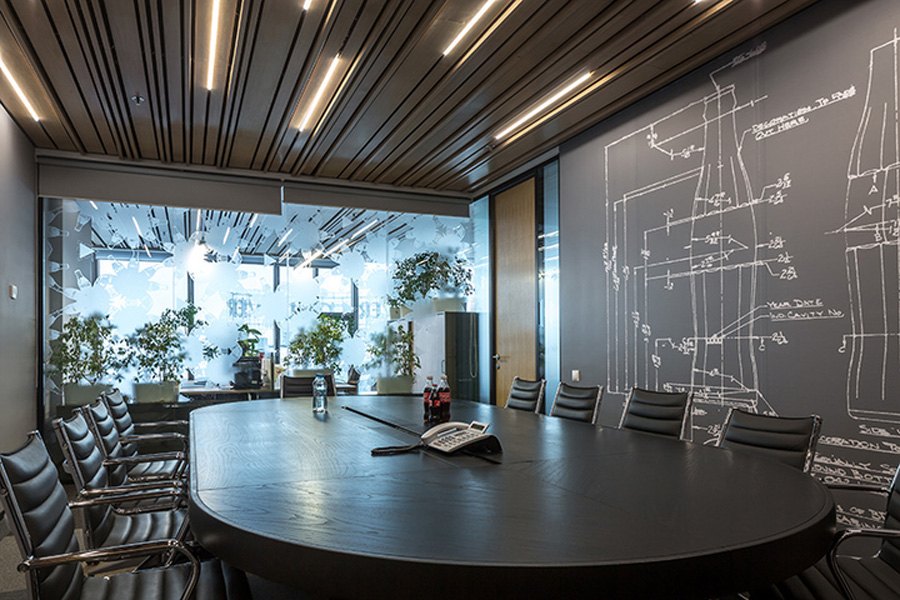 Matte patterns applied to glass partitions separating the conference room had been made according to sketches developed by the project designers and allocated to throw a shadow to the opposite white wall in the sun. 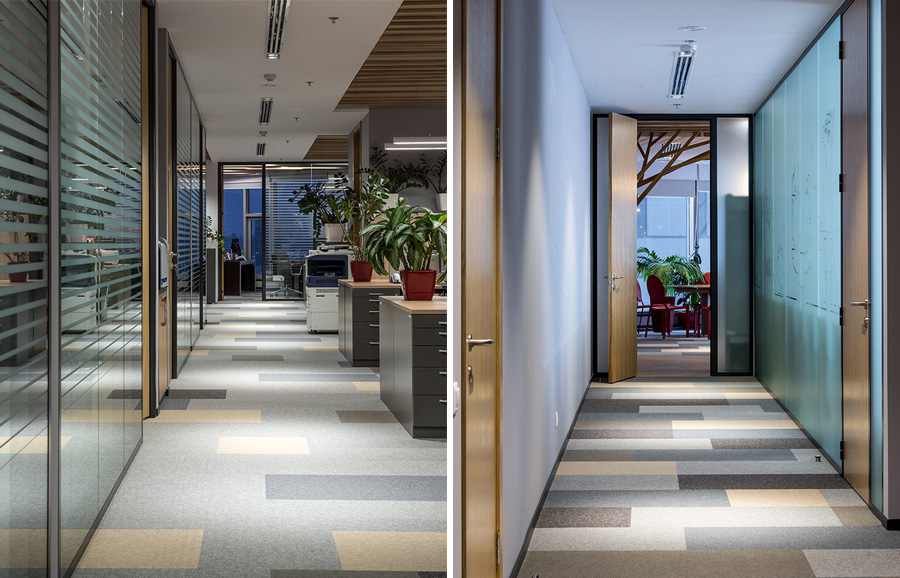 The project authors created various non-trivial solutions to use the brand image in the interior. In addition to traditional refrigerators with beverages and well-recognizable company logo placed on the wall in the reception zone, the designers used banners from the recent marketing campaign of the brand (they were selected with the consideration of the opinion of the designers from the Atlanta headquarters), vintage bottles decorating the reception stand, and an ornamental tree in a lounge which improvised rames support lighting fixtures made from the bottles.