NAYADA company took part in the creation of the interiors of one of the new offices of the largest Russian IT-company "Yandex". The office concept was developed by the Aurora Group architecture bureau and it is based on the artistic movement of the 1920s — neoplasticism. 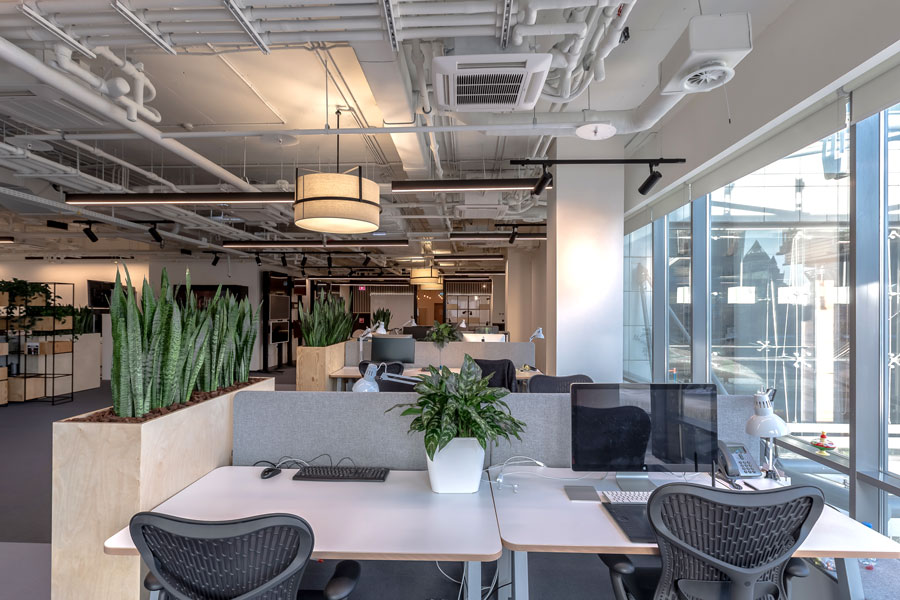 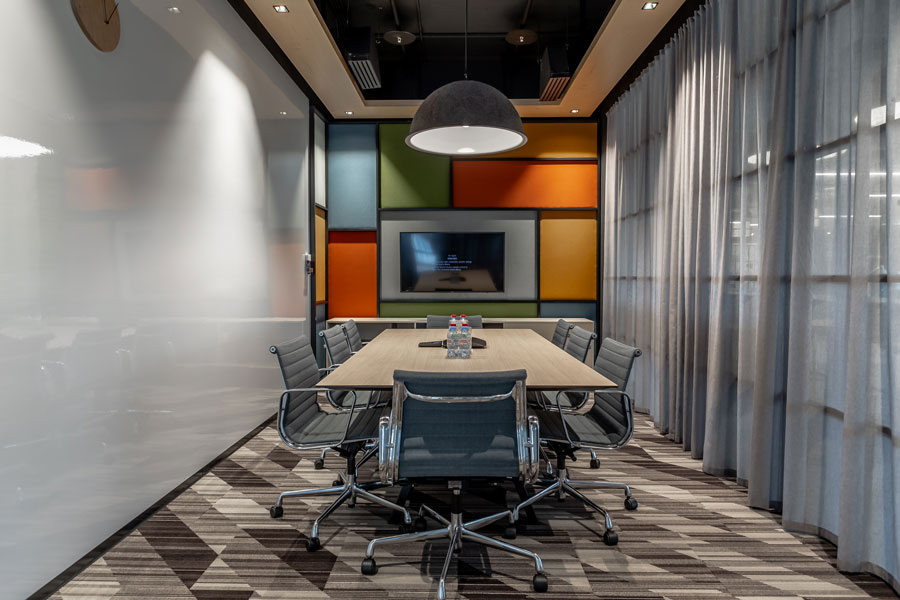 Since the fundamental idea of neoplasticism is a clear graphics, it is represented everywhere in here. For example, the NAYADA-Standart partitions’ frames are made in black and have a lot of horizontal cuts. 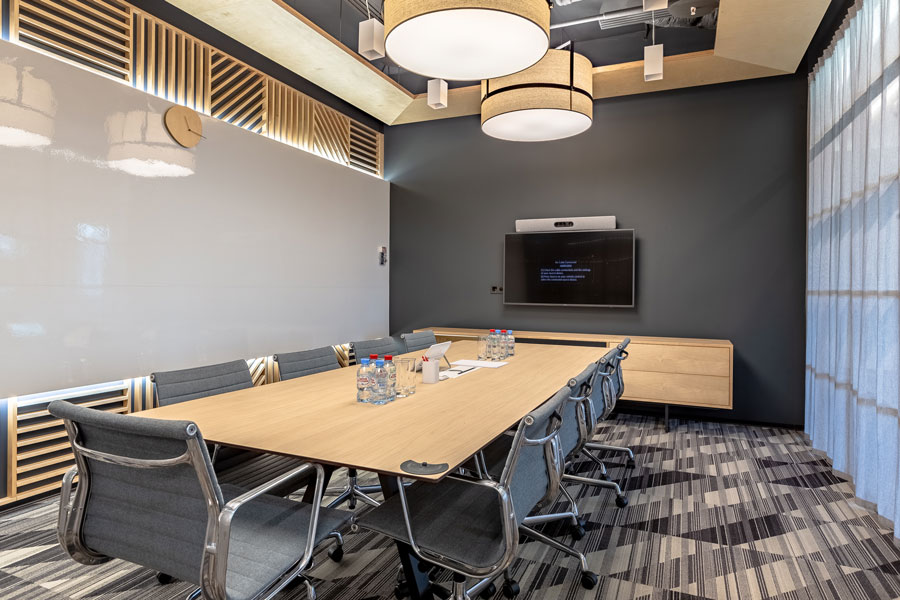 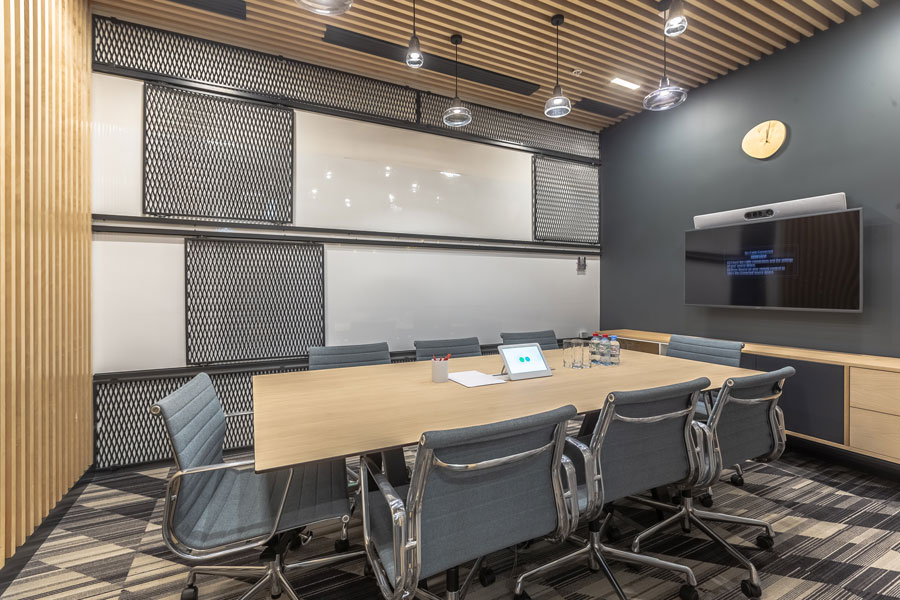 The idea of graphics is continued by NAYADA-Regina panels, made in the form of veneered wood strips on walls and ceilings, as well as in the form of traditional rectangular elements with natural veneer and fabric finishing. Veneered panels were also used for finishing of the sofa, built into the partitions. 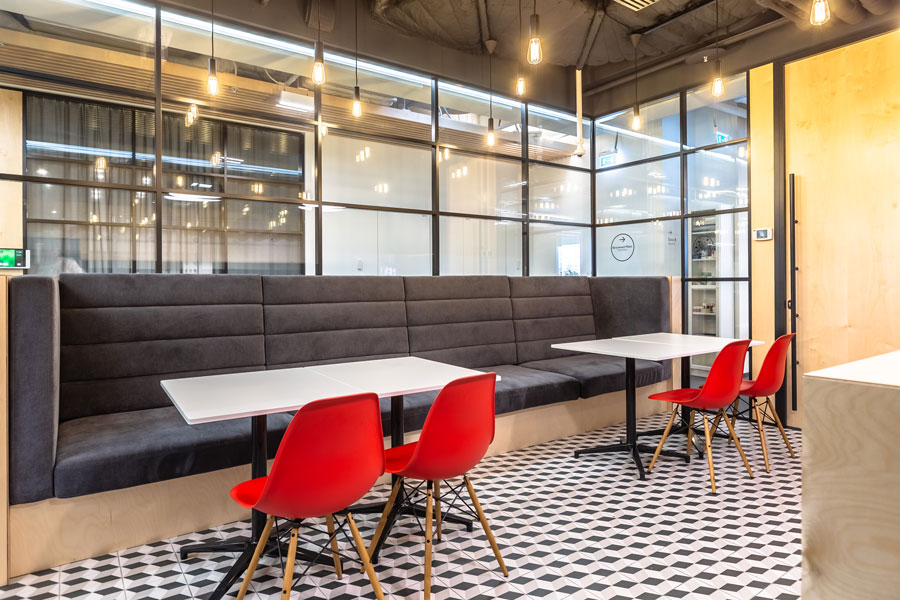 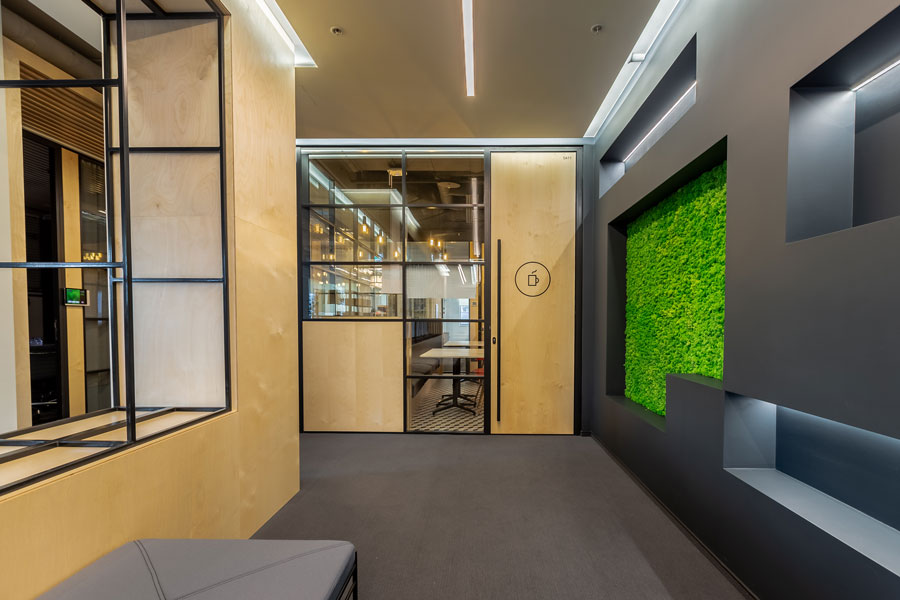 The project does not include the separate offices for the employees, there are a large number of open and closed meeting rooms, booth-compartments and lounge areas in the office instead. To divide the office space, NAYADA produced a large non-standard decorative element made of a combination of veneered panels and metal frames. 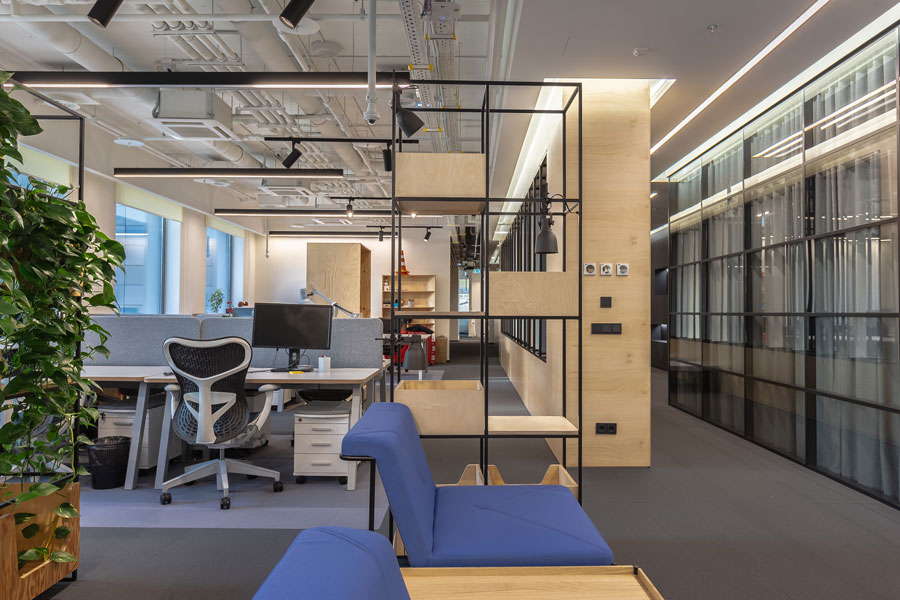 There are local bright details in the office - these are the connection points of various multifunctional zones. For their design, NAYADA has created the dubbing of the walls of the glass panels. There were also made the finishing (dubbing) of the bathrooms’ walls with painted panels, and installation of the mirrors in frames. 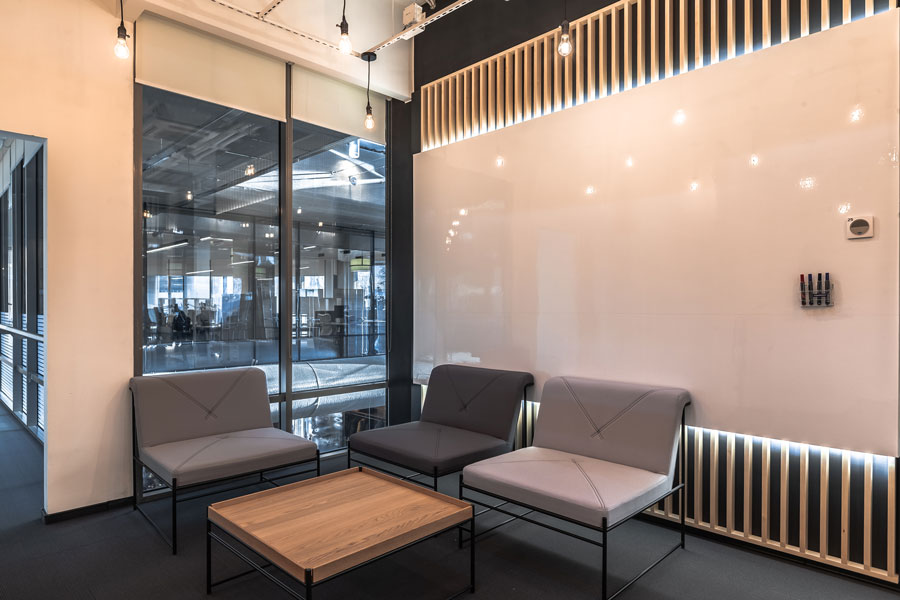 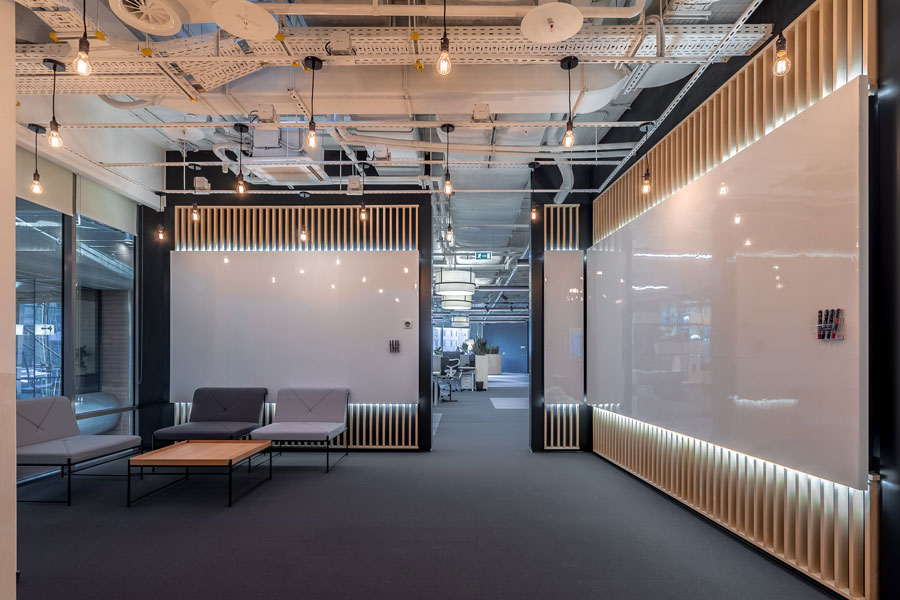 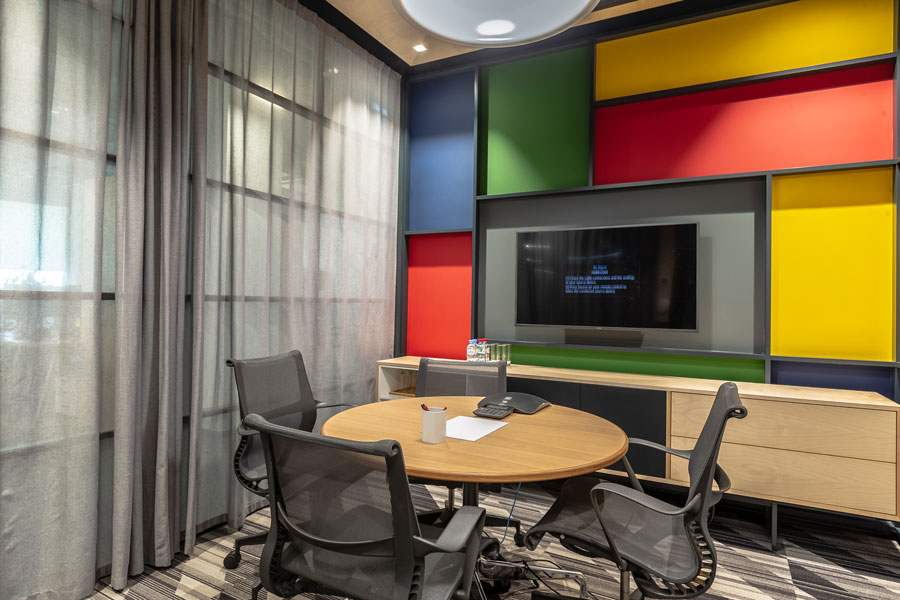 Traditionally, there are a lot of doors in the office: NAYADA-Vitero veneered with metal frame as part of the partitions, NAYADA-Stels painted doors in the walls openings. 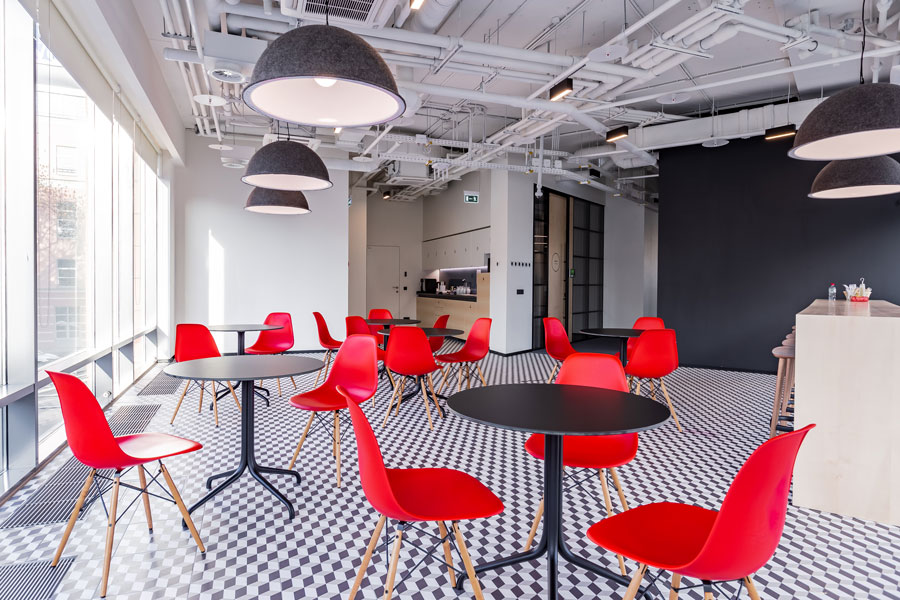 For this project, NAYADA also produced and installed furniture for the kitchen area – a bar counter, a complete kitchen.

According to the chief architect of the project, Victor Abinyakov, office has turned out to be very interesting. On the one hand, it is warm, delicate and cozy, and on the other hand — it is bright and has a lot of accents.