Integrated approach and new developments in creating a project: NAYADA for the IT-company Lanit

The project for Lanit, a major Russian IT-company, became a spacious platform for new developments and improvements in NAYADA partition systems and doors. The new office, with an area of over 10,000 square meters, was located on ten floors of an old building that was subsequently completely renovated into an office for a modern fast growing company. The project architect was Sergey Estrin (Architectural Workshop of Sergey Estrin).

The company logo in the form of continuous intersecting lines can be traced throughout the interior. To avoid getting lost among the ten floors of IT-space, colored lines indicate the location and allow people to navigate among the many departments and offices. 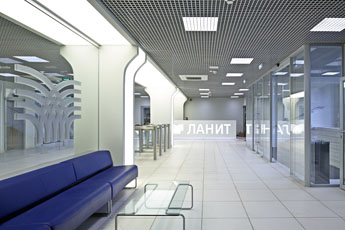 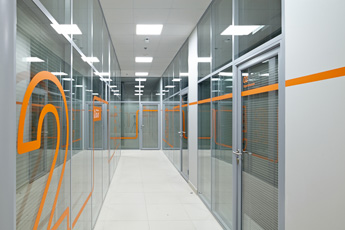 The first technical novelty of NAYADA can be seen upon arriving at the office entrance. The entrance lobby has automatic sliding all-glass doors based on the Standart narrow profile partitions. The construction is reinforced with metal, which provides additional rigidity and stability.

At the same place are installed all-glass NAYADA-Crystal partitions bearing the company logo.

The back entrance is fitted with “friendly” NAYADA double-leaf doors, which immediately makes it clear that the company’s staff consists of creative people, which are at the same time fully serious and professional. 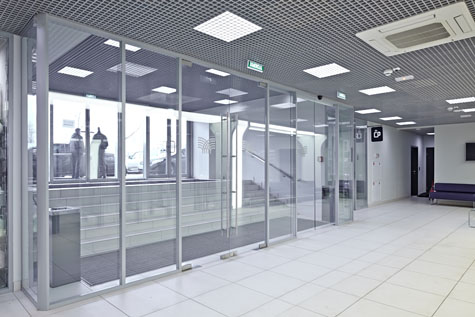 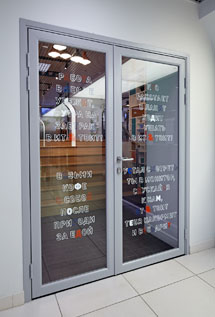 The office layout is completed with a predominance of the cabinet system. All zones are separated by NAYADA-Standart partitions. The customer had placed special emphasis on the need for stiffness and strength of the structures, while at the same time wishing to preserve visual elegance. As a result, NAYADA took, as the basis, the Standart partitions system, reinforcing it with additional metal posts. At the same time, the profile of partitions was kept at only 67 mm. The resulting monolithic partitions allowed organizing the space where the ceiling height is more than 4 meters, and the length of openings is more than 10 meters. 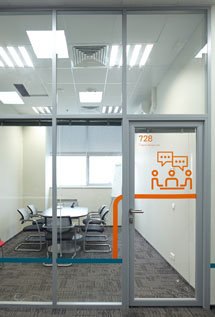 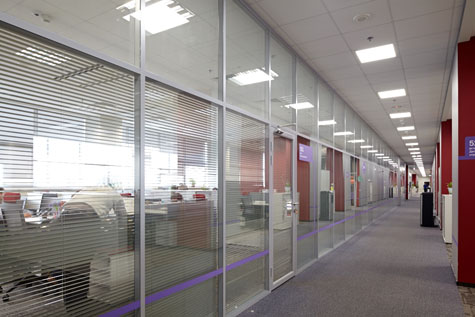 Elevator lobbies are shielded by the fireproof partitions NAYADA-Fireproof EIW-45. 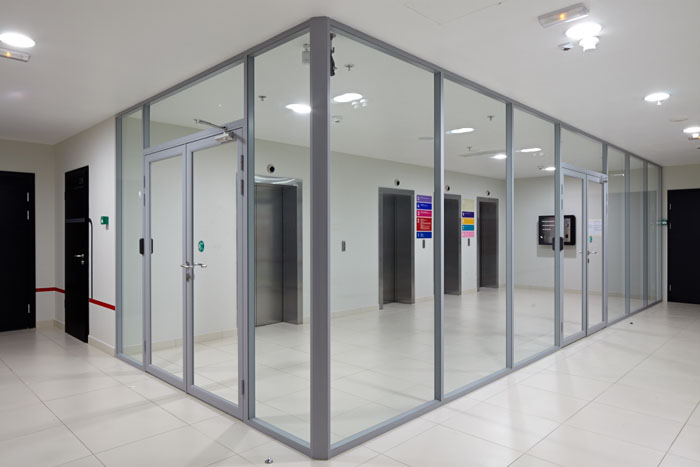 On the VIP-floor, the custom novelty became the NAYADA steel doors. These doors in a telescopic box are about three meters high and have a transom made from Slim door-leaf. As a result, two canvases with double matted film were combined into a single unit via structural blocks, which allowed using a telescopic aluminum box at the given height. 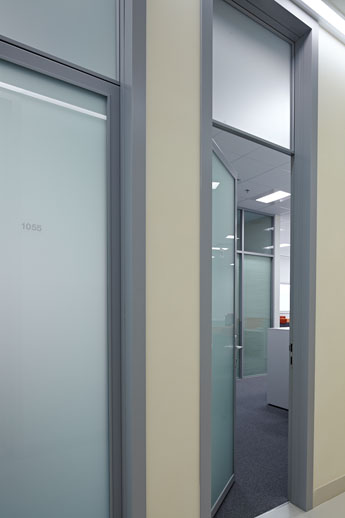 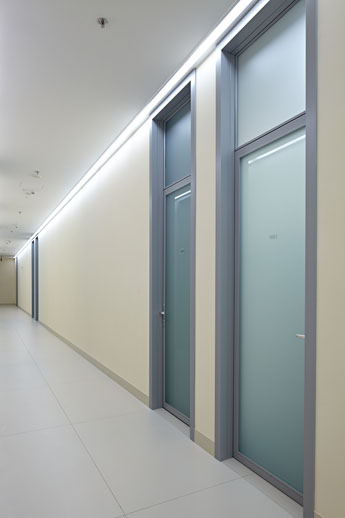