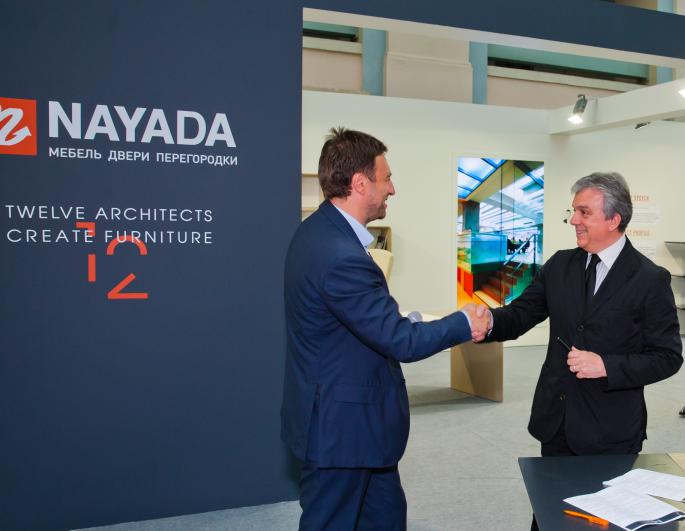 “I went back to the basic principles of my work - form and function – when I met with the NAYADA team. In their head office and at their exhibition stand at the Office Next Moscow, I felt the very ‘live’ atmosphere both in terms of product quality, as well as in the ethical approaches to partitioning and space management. I fully agree with this principle and understand that our cooperation will lead to finding new solutions for the benefit of people. Design of spaces dedicated to work really is the main element of the entire structure. It should be accepting, provide shelter and delight people, as well as efficiently and functionally serve, while at the same time, providing a place for the person to spend time alone,” says Marco Piva.

The representatives of NAYADA first met the Italian master in Milan at the I Saloni 2013 Exhibition, where the company presented its “12 Architects Create Furniture” Project, being the only Russian participant. 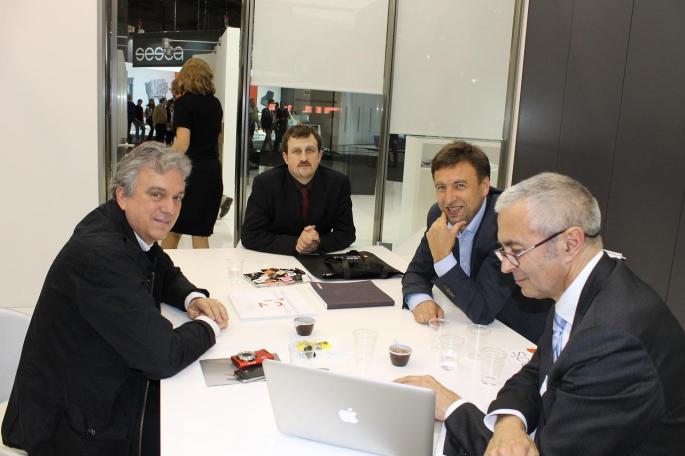 Currently NAYADA started working on the Marco Piva Office – already by this autumn, they are planning to have the development of the concept completed and the first commercial tests carried out. At the presentation in Moscow, Marco Piva already announced the fundamental lines and important aspects, according to which he will create his furniture collection. These involve an aesthetic component (he plans to lay significant emphasis on manufacturing technology) and functionality (the designer noted, it is important to create functional objects, above all else for those who will use them in their work).

“I want to develop, together with NAYADA, a concept that will allow spaces and structures to merge into a single whole, inventing and experimenting with new formulas, so that the workplace becomes a unique and lovely – in its own special beauty – place, and far from any standardized forms,” said Marco Piva.

Marco Piva is an Italian designer and architect working in the industrial and interior design spheres. He is a founder of the Studio Marco Piva and the Atelier Design Bureau. Among the honors won by the designer are the prestigious Interior Award, European Hotel Design Award and the European Community Design Prize.

“12 Architects Create Furniture” Project was launched in January 2012 and is planned to run for three years. The first part of the project contained five original ideas from leading architectural studios and bureaus in Russia. During the past two years, the project has been presented at major international exhibitions such as Orgatec in Cologne and I Saloni 2013 in Milan. Following the ARCH Moscow 2013 Exhibition, the project was awarded the winner’s diploma in the nomination “Best special project in the field of design”.