NAYADA has created a new office for Vechernaya Moskva newspaper on a turnkey basis. Moscow mayor Sergai Sobyanin, who arrived at the "office-warming" party told journalists that it was the first time he saw such a modern newspaper editorial office.

The central spot of the new office is taken by a news room created by analogy with the studios of Western mass media. Creative team of editors consisting of more than 200 people settled in a large hall built with the help of NAYADA-Standart partitions. According to the journalists themselves, such planning and seating allows better coordination of working processes and quick solution of problems, which is important for a daily with its own active website and TV. The news department was placed at a special table made by LEPOTA factory. An original construction represents a radial table top creating a semi-circle with working places from the the inner and outer sides.

The second equally important accent of the office is a TV studio made of NAYADA-Standart-Twin partitions. The system with a double stained glass and the maximum full glazing area added elegance and aesthetics to the office. Moreover, it corresponds to all acoustic requirements to the full extend. The quality of the sound was estimated by Sergei Sobyanin, who gave a live interview to journalists from various TV channels.

The office interior completely reflects the philosophy of Vechernaya Moskva and is characterized by dynamics, simplicity and laconism. To add individuality to the decorum of the entrance group the corporate cherry color was used. It accentuated the white color of NAYADA-Intery and snow-white elements of the reception unit. From the moment of entering the editorial office the guests instantly immerse themselves in the special atmosphere of Vechernaya Moskva. 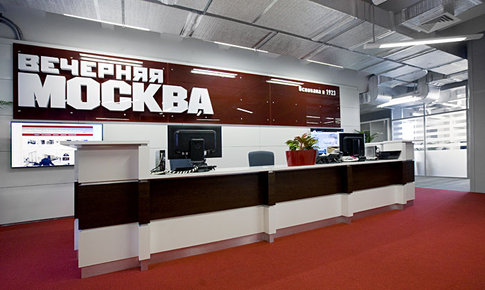 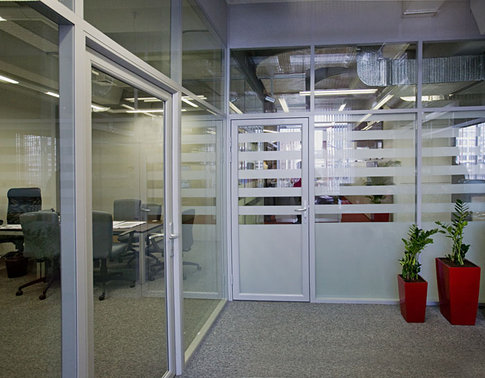 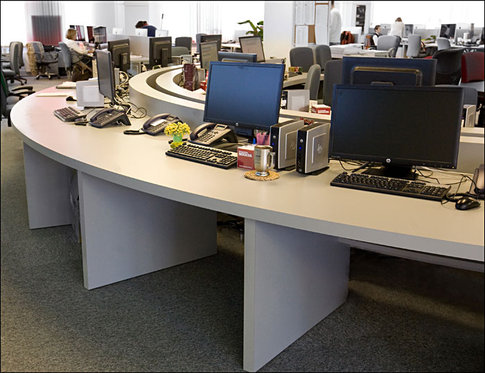 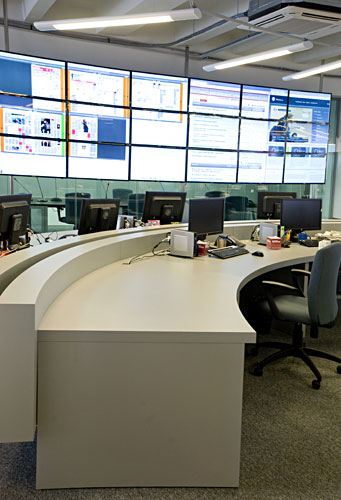