At the age of 18, Peter the Great ascended to the throne, Einstein had not done anything extraordinary, except that he entered the Polytechnic University and met his future wife, Mozart had already written four operas and two dozen symphonies and sonatas. In the Russian market, 18 years is a whole lifetime, and NAYADA has achieved a lot over these years.

It all started when the NAYADA Company, established in 1995, made the first Russian office partition, the Standart, which later became the industry standard. Then came the first Russian mobile partitions, then fireproof partitions, after which followed the first acoustic sliding partitions produced in Russia. NAYADA kept developing, introducing new products, divisions and directions of activities, including furniture, glass production and manufacturing of doors. Over the years, NAYADA managed not only to contribute to the popularity of “office partitions” in Russia, but also managed to prove that “Made in Russia” means quality, high production standards, originality and beauty.

Every year NAYADA implements over 4,000 projects. NAYADA has 19 offices and more than 1,000 employees. The company implements projects that are significant for the development of architecture and design, such as the “12 Architects. Offices” project, and the international design and architecture competition “ArchiChallenge”.

“We have reached an age where we can see a definite success, yet at the same time, we are aware that there is still a lot of work ahead to improve things,”- mentioned Dmitry Cherepkov, President of NAYADA GC. “The year 2013 turned out to be an eventful and productive one. One good example is the “12 architects. Offices” project. Five models of very bright and original offices for executives were created from scratch. They were implemented at our production facilities, which started using technologies entirely new for Russia and the rest of the world. I do not know of any other company in the world that could have performed such a volume of work as we had, in such a short time. This has resulted in the genuine delight of both foreign and Russian visitors to international exhibitions I Saloni in Italy and Orgatec in Germany. All this could happen only in a company that has a potential, accumulated by the contributions of every employee.”

To honor the achievements of company, the friendly team of NAYADA organized the current NAYADA Music and Voice Festival. Each holiday at NAYADA is a challenge, to the company itself and an opportunity for new demonstrations. Each time the company’s employees discover new interests, master a variety of creative skills – be it dancing or acting, and this year was no exception. Especially for the holiday, the employees mastered the musical element – they learned how to play and sing. Just two months before the concert, than half of the participants, for the first time took up a musical instrument and learned how to read musical notes.

The concert part of the program started with the performance of a bright summer song entitled “Summer Time”, given by Dmitri Cherepkov, President of the NAYADA GC (saxophone), Sergey Dudkin, General Director of NAYADA Moscow (saxophone) and Zlata Cherepkova (vocal). It is worth noting that this performance caused a storm of applause, being sincerely enjoyed by the spectators. Few would have thought that learning to play the saxophone took just 50 days! 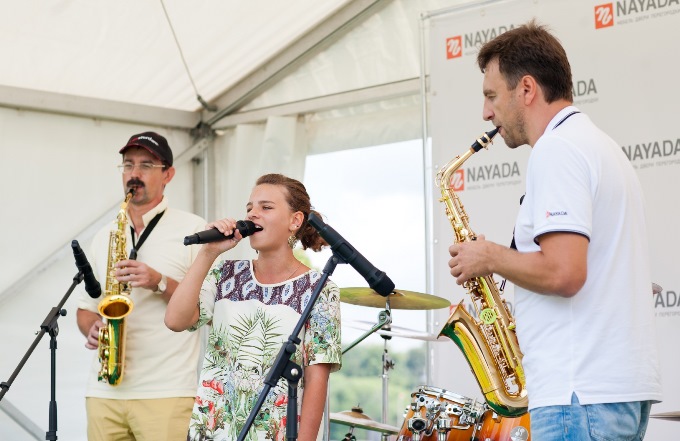 The stirring rhythms of the NAYADA Festival came from a variety of musical instruments, without any pause, from 3 to 10 p.m. – saxophone, bagpipe, drum, xylophone, guitars, and even a new percussion instrument, the hung dram. By the way, Galina Galkovskaya, Sales Director of NAYADA, who mastered this instrument in just 6 lessons, had this to say: “I took a very serious approach to this performance. On the recommendation of my teacher, my last two lessons were held in the Culture Park, because it was important not just to learn how to play, but to play for an audience, to feel their emotions, energy, to actually hear how the sounds coming from the instrument become dissolved in the air of an open space. It was a great experience not only in playing the hung dram, but also in self-mastery.” 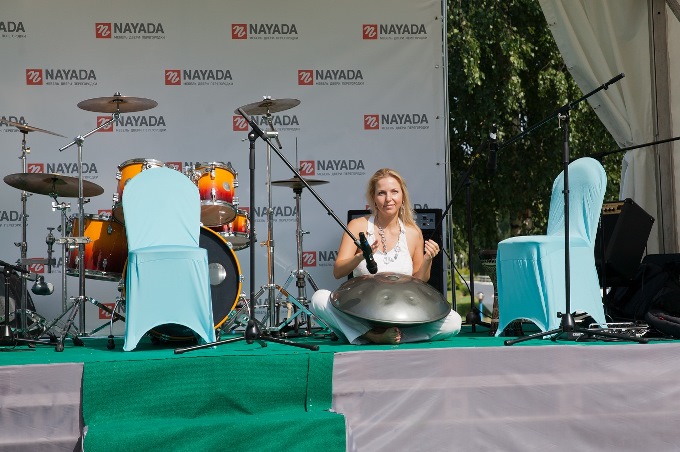 A real surprise was the performance of Dmitry Artemiev, head of the construction department, and the drumming of the supervisor Oleg Sergeyev. The spectators received with ovations the entrance of the actor in a Scottish kilt. Hearing the provocative sounds of the bagpipes, many people began to dance.

The greatest number of musical performances, many of which were encored, was prepared by design engineers from different departments of the company. The group of musicians, consisting of engineers from the central office of NAYADA, made the audience burst with applause, performing both well-known rock hits, and their own songs.

NAYADA met its “adulthood” with loud applause, jubilation and excitement. What areas of creativity, new knowledge and skills will the company’s staff master for the next holiday? We do not know, but it will certainly be a new challenge! 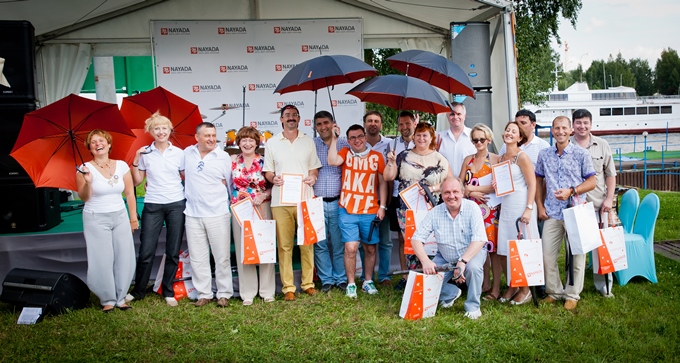 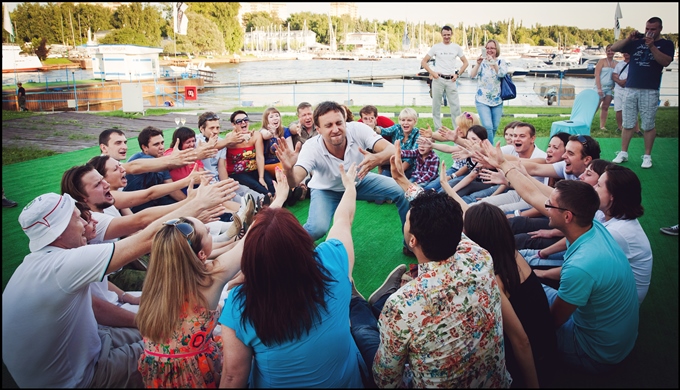