NAYADA becomes a member of the Panda club.

In April, 2008 the corporate club WWF, or the so-called «Panda Club» celebrated its 7th anniversary. According to the existing tradition, Panda celebrated its birthday in a close circle of old and new friends. In 2007 this circle was joined by NAYADA Company, which became a member of WW together with Hewlett Packard, VTB-24 bank, «Na Dom» and other companies. Every company received a certificate of corporate club member.

The Panda club has about 30 members from Russia. These are companies that care about environment . For instance, in the process of creating its office partitions NAYADA Company always pays attention to human ecology in the modern office. NAYADA developments allow using environmental friendly materials and create interiors with optimum daylight use. 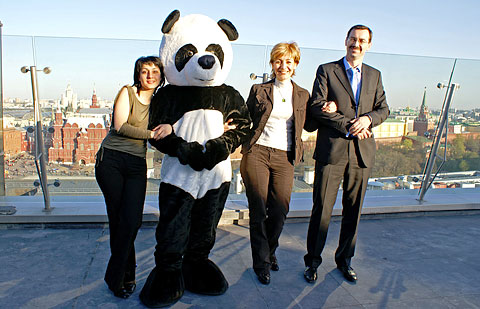