Last weekend NAYADA football team appeared on the field again. This time our sportsmen played not against their business partners, but against journalists. The game turned out to be the tug of war. During this absorbing and fascinating game NAYADA team yielded the players from «Sport» channel with the final score 2-0. However in the semi final NAYADA managed to get some of its own back and outplay the team of "Sport day by day" newspaper with the score 4-0.

The teams of Moscow State Duma, Accounting Chamber of Moscow City, Moscow Department of Internal Affairs, «RTR Sport» and «NTV+» channels and the team of the «Coca Cola Company» also took part in the festival «SMILE TO THE FOOTBALL». 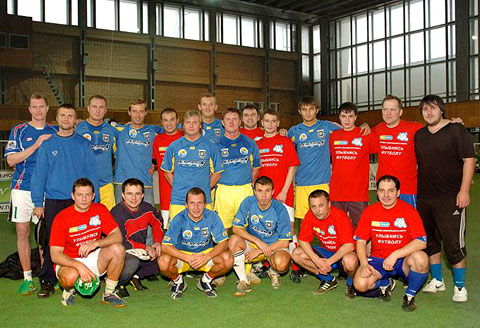