The NAYADA Company has organized a master class entitled “Italian approach to the creation of a Project” by the famous Italian designer and architect Luca Scacchetti. Luca came to Russia as the Chairman of the Jury of the international contest in the field of design and architecture, the ‘ArchChallenge 2013: Flex Office’. All were invited take part in his master class. 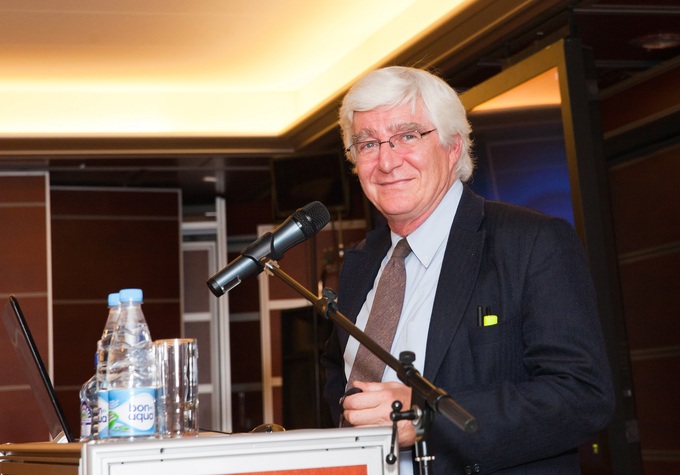 The lecture was divided into three seemingly unrelated parts, but in fact, they were allied and related.

In the second part of the master class – “Design” – Luca described some of the principles of Italian projects and showed images of his own collections for offices, which were created by various companies, including the NAYADA project ‘12 Architects. Offices’. Luca Scacchetti is a participant of the second phase of this Russian project. The groundwork, on the concept of his furniture collection for the executive’s office, was presented at the master class for the first time. 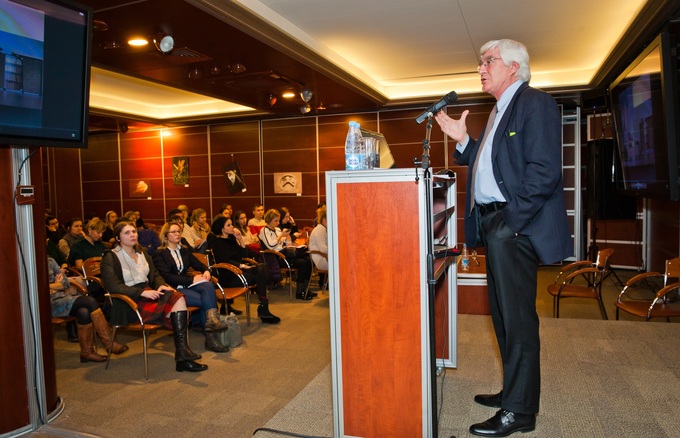 The third part of the master class demonstrated the connection between the internal layout and design, which exists between these different levels of the project. Luca explained the characteristics and the nature of Italian projects, their ability to interact with the world of forms at 360 degrees, coming from the urban project to the object, and vice versa, emphasizing what a great advantage this was for the creativity and quality of the project. The third part was illustrated by urban and architectural projects by Luca Scacchetti.

For reference: he is a famous Italian architect, industrial designer, author of many famous series and ideas in interior design. Since 1993, he has read lectures entitled “Elements of Architecture” and “Urban Design” at the Academy of Arts of Brera in Milan. He was a member of numerous professional congresses and conferences in Italy, Europe, Asia and the United States. He is the author of essays and articles on the transformation of the architectural language and on the relationship between modernity and tradition, the history of architecture and design methodology. Scacchetti develops design for a number of leading furniture brands: Techno, Ora, Acciaio, I4Mariani, NAYADA, Poltrona Frau, Babini Office, and Oak.