NAYADA participated in designing the office of VTB-Insurance

The new office of the bank has moved to Chistoprudny Boulevard, into an eighteenth-century mansion, which in the middle of the last century was enlarged from two to six floors. The project was not easy – to place a dynamic and growing company into a classic building, without violating the integrity of the architectural ensemble and the internal atmosphere of the project. A vaulted lower level, almost one meter-wide walls of the base, multiple small rooms and outdated communications – this is what was located there before the work started. 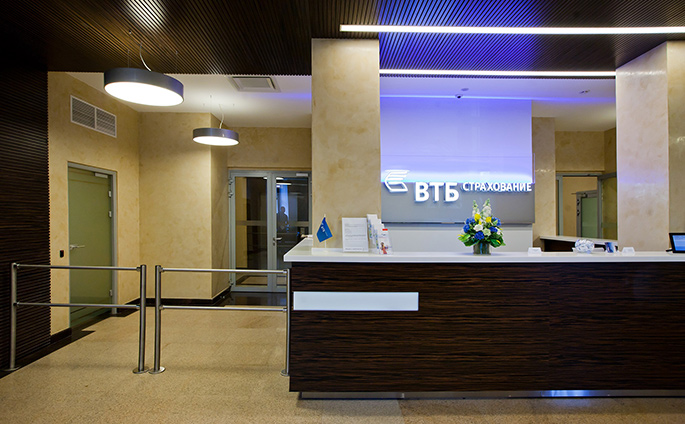 For the modern office of VTB-Insurance, architect Sergey Kurdin developed a mixed layout with predominance of open spaces, transparent partitions, and in lesser proportions – private offices, and small meeting rooms. On the ground floor, he placed the café, as well as ​​direct sales and negotiation zones.

NAYADA-Fireproof walls and doors were installed on all seven floors (including on the bottom, semi-basement level). 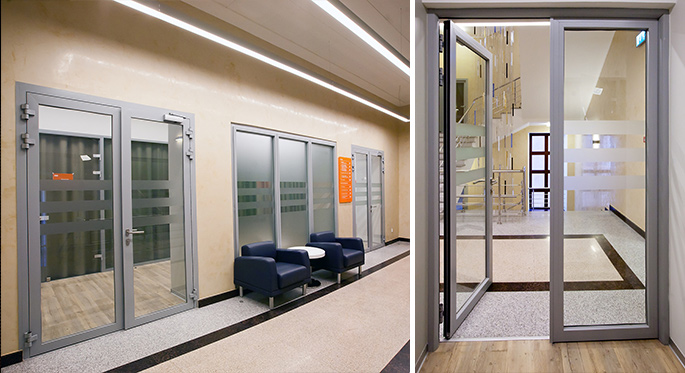 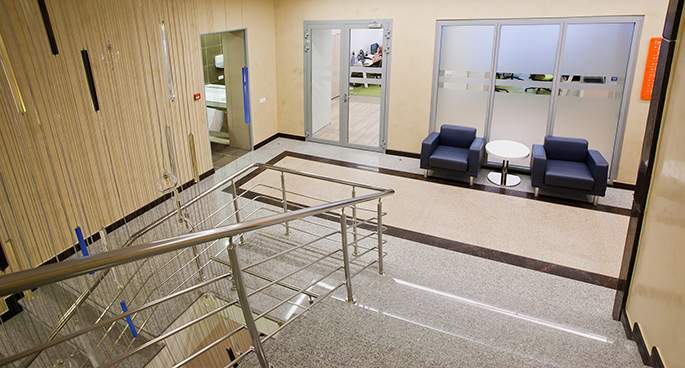 A vote was held among the employees to select the final stylistic solution and the color theme for the design. Three color solution options were developed – cold, moderate, and moderate with bright accents. 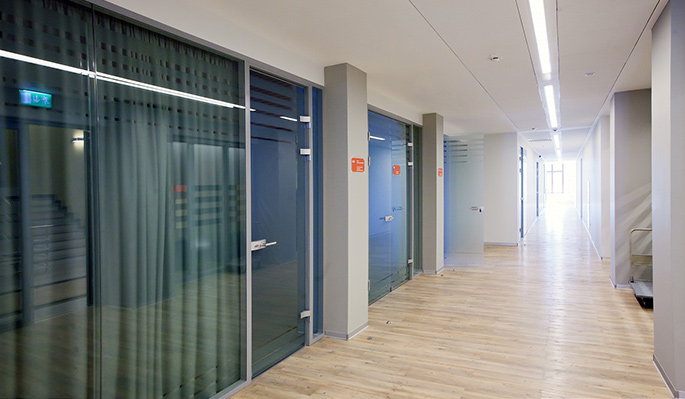 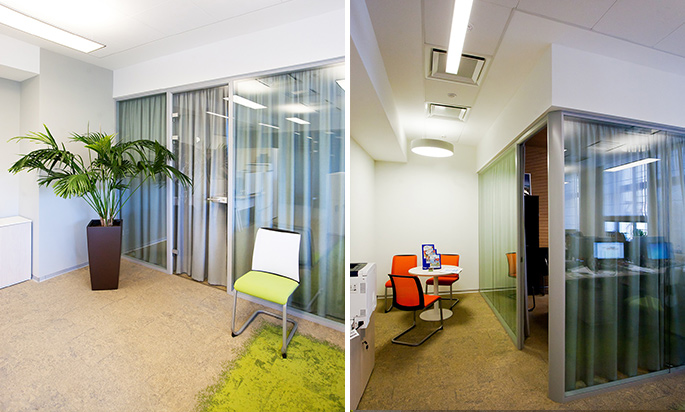 By a significant margin, the winner was the third option – the “natural” theme, which was subsequently reflected in the interior, including through the use of NAYADA-Twin glass partitions. The acoustic elements on the walls, not only provide sound absorption, but are also reminiscent of the autumn forest, with its bright spots of foliage, which is consonant with the general idea of ​​the project.

The main meeting room in the office was created using NAYADA frosted-glass partitions bearing the company logo of VTB. In the openings of the partitions, NAYADA-Crystal double-leaf frosted glass doors were installed. 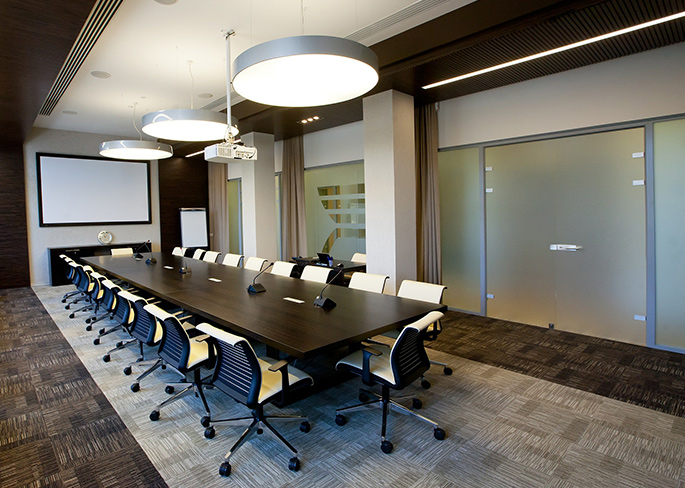 “Given our climate, and with current fire regulations, it is not so easy to create office premises, corresponding to the eco-design concept – which involves the use of natural materials,” says project architect Sergey Kurdin. “Thus, instead of wooden flooring, we used tiles imitating natural wood, and architects used wooden panels in the private offices, arched constructions, as well as NAYADA glass doors and partitions.” According to the customer, these solutions have helped in creating large, bright, airy premises, working atmosphere in the private offices, and comfortable rest areas.