In the framework of the project “New design of the working space for the Rosatom State Corporation”, NAYADA participated in creation of the progressive office of the Federal State Unitary Enterprise “Integrated mining and chemical plant” located in Zheleznogorsk, Krasnoyarsk Krai. 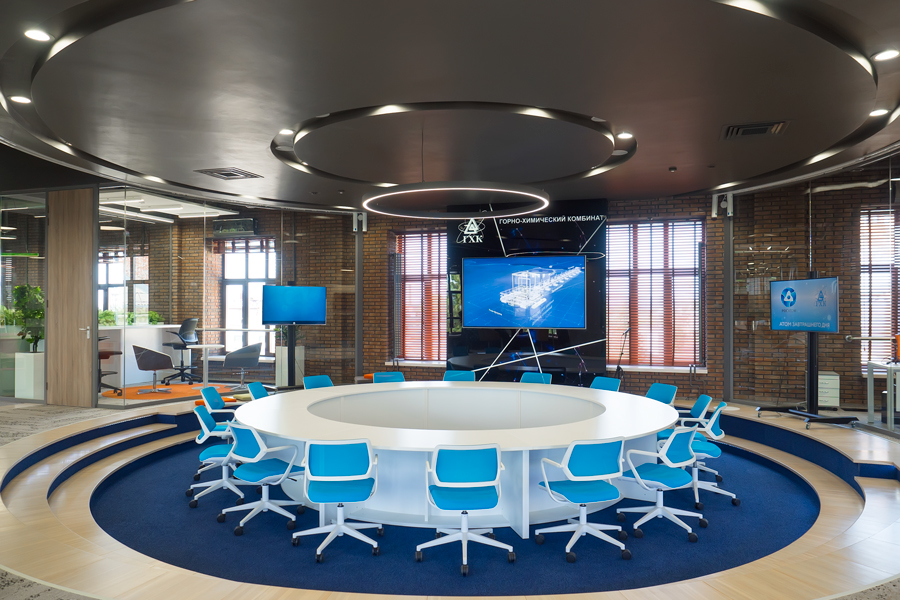 This project is an indicative case of integration of particular elements of former interior into a new one. The architect Dmitry Emelyanov saved a brickwall in the former event hall of the plant which now features a multifunctional office space, the offices for executives and a transformable meeting area. 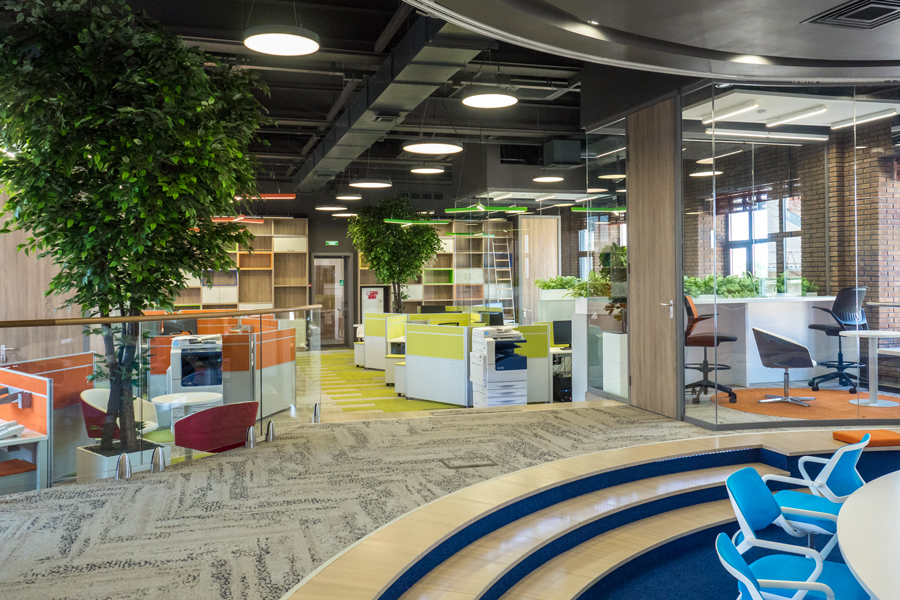 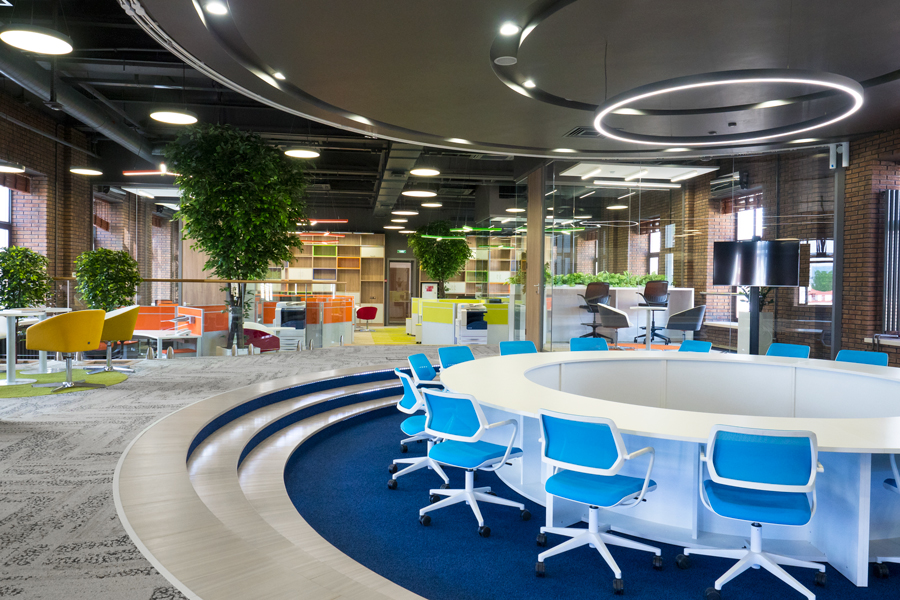 The loft style was chosen to be the main direction of the interior decoration featuring some eco-style elements. According to the creative task, the office was divided into two zones: one of them provides for active communications with various scenarios, from internal meetings of business units through to official meetings and negotiations with non-governmental organizations, regional authorities and locals; the other provides for working spaces for the employees equipped with comfortable and functional work stations and storage systems for storage of documents and corporate merchandise. 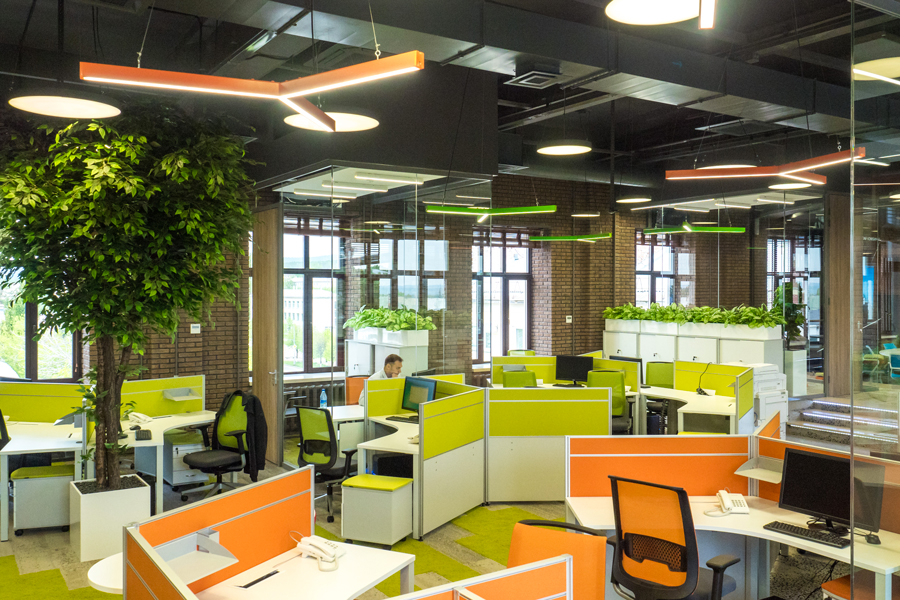 The functional areas are zoned with the use of the NAYADA-Crystal all-glass partitions infilled with linear and bended glass. Following the design project by Posatom where many interior elements feature radial shapes, partitions also included bended glass inserts. 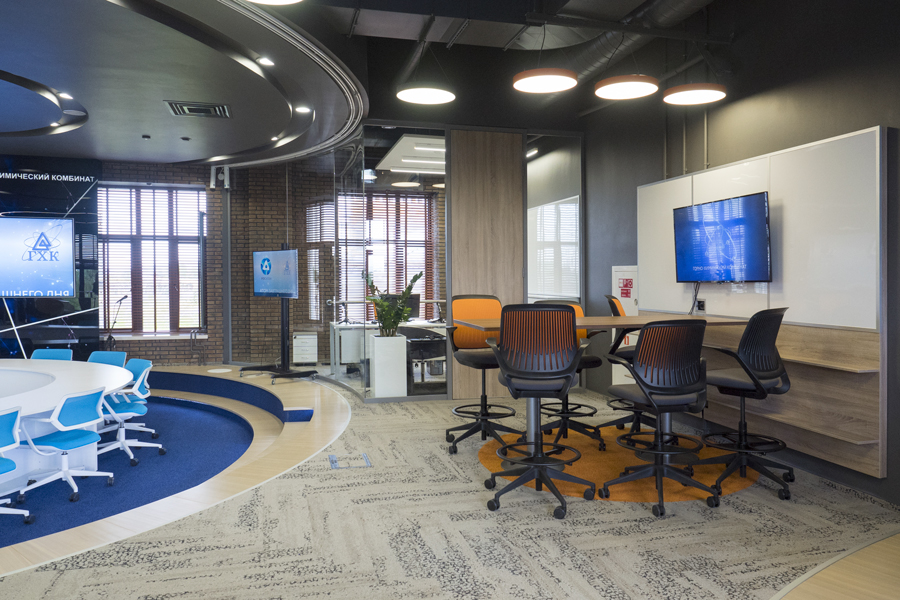 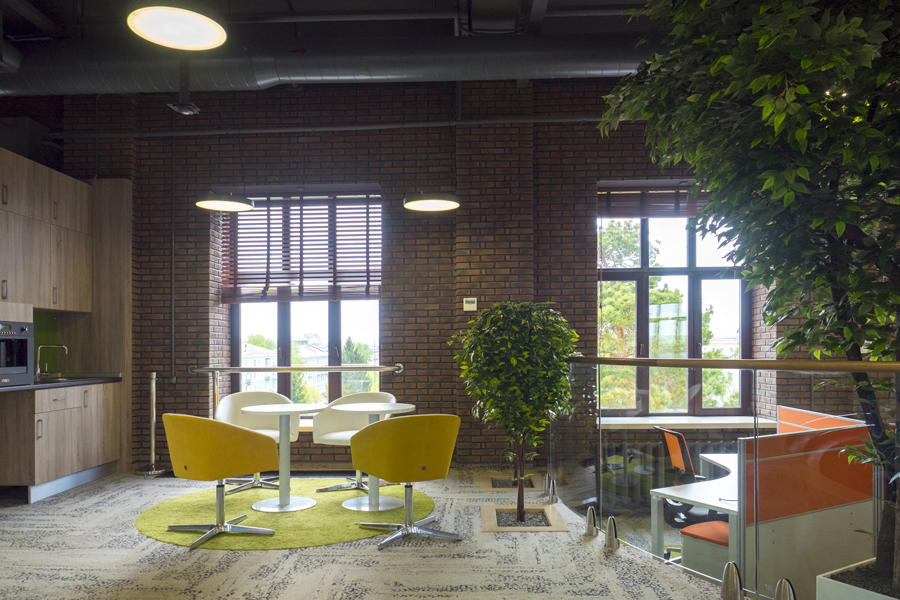 The NAYADA furniture was tailor-made in accordance with the designer’s sketches and included complicated stacks with movable library ladders, an illuminated glass presentation panel, magnetic whiteboards for marker use, reception stand, two kitchenettes and window sills made from artificial stone. 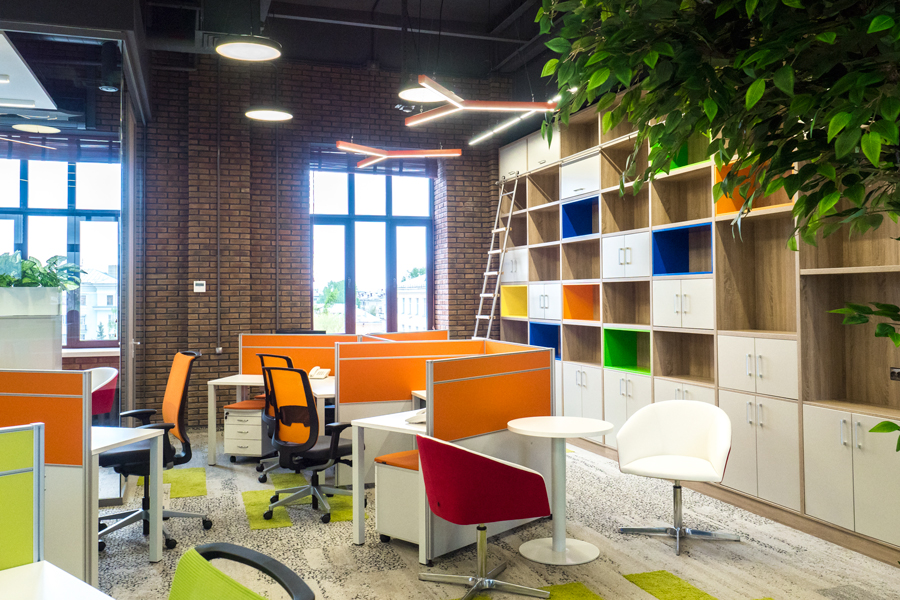 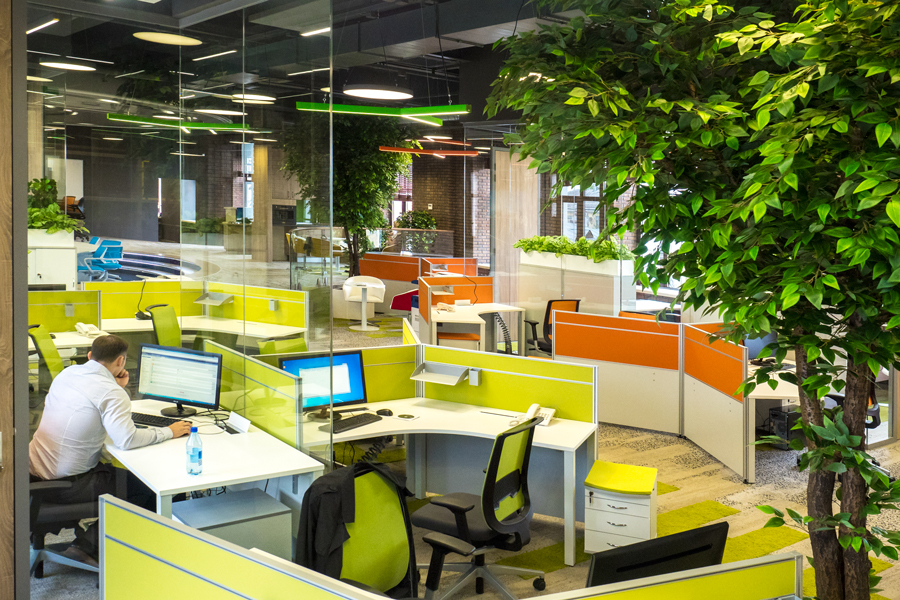 Rosatom is one of the major Russian state corporations and one of the global nuclear industry leaders. The organization includes more than 350 various enterprises, from nuclear generating plants and icebreaker ships through to small laboratories, from chemical-engineering plants and mining and processing plants through to engineering centers and research and development institutions. Many of these assets were equipped during the Soviet era and do not comply with modern standards applicable to offices and production facilities taking into account that Rosatom positions itself as XXI century high-technology and innovative corporation. That is why they decided to engage specialists into creation of a new design matching modern requirements and beliefs at the nuclear plants. To realize it, in 2013 the company established the contest “New design of the working space for the Rosatom State Corporation” in which (in addition to the Russian architectural and design bureaus) studios from France, Germany, USA, Mexico, Argentina, Thailand and other countries took part. More than one third of the total of 837 applications was sent from abroad. The contest became the first stage of the long-term project “New design of the working space for the Rosatom State Corporation” which aims to reach a final and quite ambitious goal that is re-arrangement of all the spaces belonging to the state corporation in accordance with the consistently developed standards and involvement of employees into smart management of the spaces.