NAYADA participated in the project for the reconstruction of the assembly hall and entrance lobby of the central building of Apa-Canal Chisinau in Kishinev. The reconstruction is timed for the 120th anniversary of the municipal enterprise. The architect of the project is Mikhail Eremchuk.

Apa-Canal is a place where regular events are held at various levels. Thus, the NAYADA Company is the organizer of one of them — the seminar ArchiSpring intended for industry professionals. The completed project was presented to the professional community of architects and designers within the framework of the ArchiSpring Conference. NAYADA scheduled the next ArchiSpring for early May 2014. 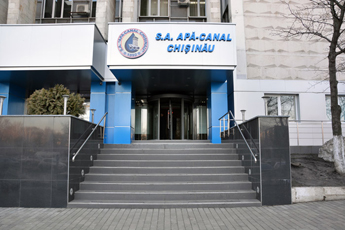 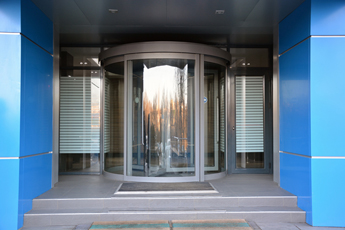 The area of the conference hall and adjoining premises, where the reconstruction was carried out, is 900 sq. m. NAYADA managed to implement a wide range of solutions in the interior, all made in a uniform style.

Many of them have been implemented for the first time, such for example is the NAYADA-Standart construction on the Tempo baseboard. 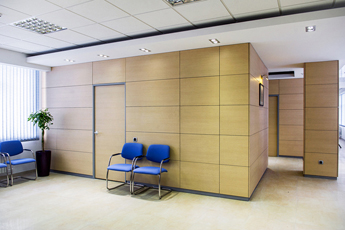 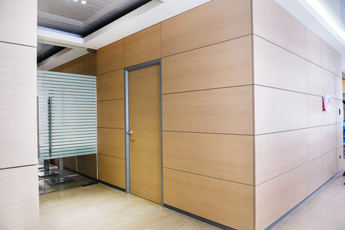 Various systems of NAYADA doors, including telescopic and multi-flap, were installed on the perimeter. Some doors are made of the same material as wall panels, thus creating the uniform-style space.

The openness of the spaces is provided by transparent NAYADA-Intero walls, the sound insulation properties of which are not inferior to a solid wall. 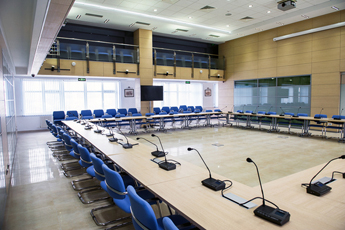 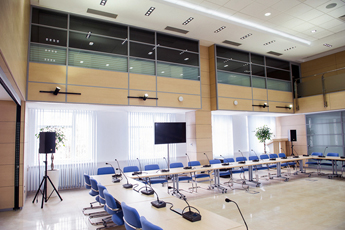 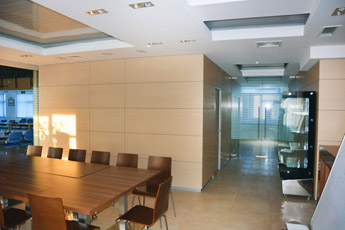 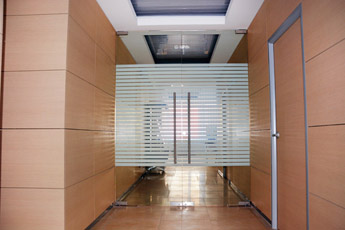 Apa-Canal Chisinau has become one of the most multi-functional and technically equipped conference halls in Chisinau as a result of an integrated approach to the creation of the project and coordinated work of the specialists.