NAYADA reaches the final of «Building Site» competition for the second time.

The award ceremony for the winners and finalists of the II All-Russian internet competition «Building Site» was held in Moscow. For the second time NAYADA reached the final of the competition. Last year the main site of NAYADA Company www.nayada.ru received a diploma in the nomination «Entrance and interior doors and partitions. This year a special prize went to its subsiduary www.hufcor.ru. The organizing committee pointed out the originality design and the contents of the site. 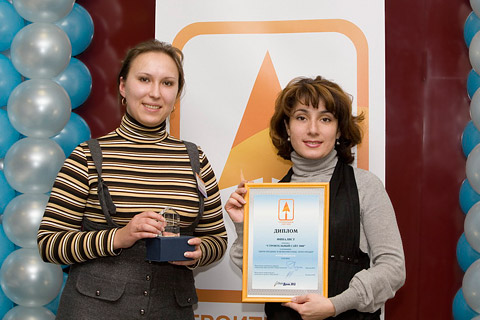 According to the competition organizers Vash Dom, the jurors had to solve a difficult problem when choosing a winner, because each nomination contained from 30 to 100 nominees. All in all around 1000 professional web sites from different regions of Russia took part in the competition. That is why sometimes the winners won with a narrow majority.