The Russian company NAYADA , which concentrates its activity on developing and producing office partition systems, has entered the European market with its most recent business class solution NAYADA-Intero. This new system was unveiled at SALONE INTERNAZIONALE DEL MOBILE 2008 held in Milan in April and received wide acclaim from English, dutch, German, Italian and Kuwaiti specialists. Foreign and Russian experts point out that the combination of fundamentality and elegance as well as completeness of all the elements together with its high technical and aesthetic characteristics allow to refer this partition to premium class. 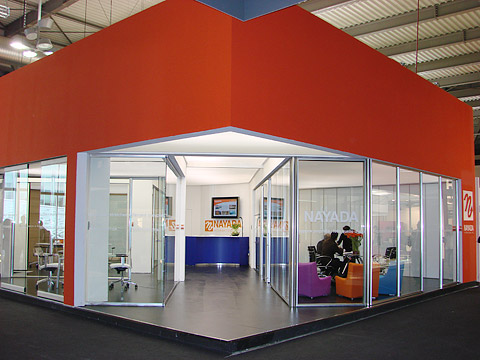 The guests pointed out that all the elements of this construction are carefully thought out. They also payed attention to the doors used in partition. Swing door with external glazing has already received recognition of Russian professionals. Last year it received the Grand Prix as the most interesting innovation of the year at the festival held during the «Baltic Building Week». This year it was also highly estimated by the European specialists. But even more interest among the EU professional community was raised by the new roll-in door. The unique feature of this door is a special stained glass section, inside of which the door panel is rolled in. This section doesn't have any widening, thus the thickness of the partition remains the same. The door suspension system (track) is completely hidden into the narrow horizontal part of the frame. The door panel envelopes a slim profile, which makes it light and airy and provides enhanced sound insulation.

The attention of the guests was also drawn to the project of Mikhail Kirienko named «Botwa», which was announced the winner at the Second International Architectural Competition «Office Space: creativity, technologies, innovations».

The ones who didn't have an opportunity to get acquainted with the company novelties and creative developments of the Arch Contest competitors during the event in Italy can do it in the end of May at the ArchMoscow biennale, where they can attend NAYADA's stand.

The advantages of NAYADA developments were highly appraised in Milan. 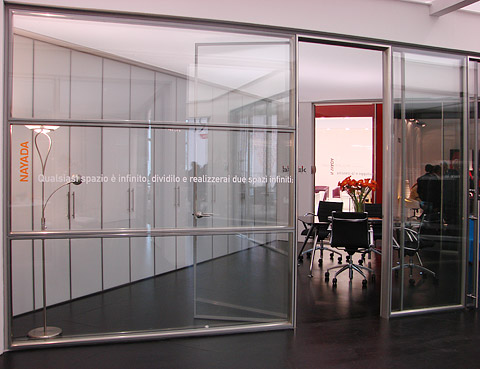 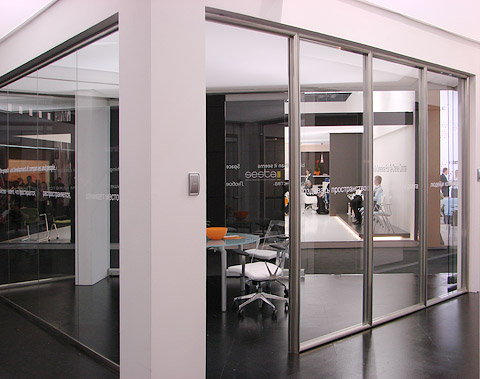 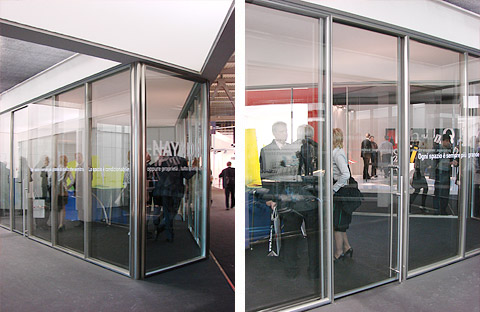 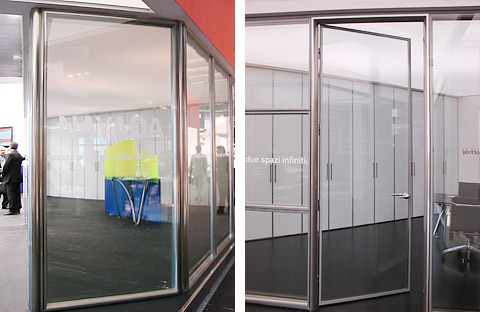 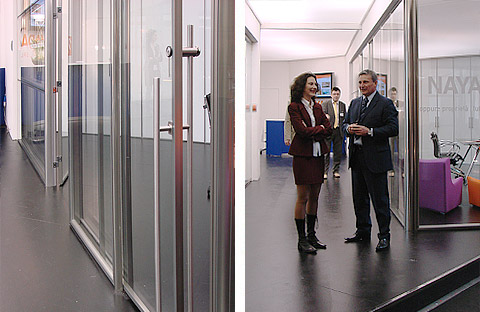