The space experience: NAYADA celebrated its 21st anniversary with a Family Eco Holiday in nature of the Yasno Pole

This year, NAYADA celebrated its 21st anniversary. The corporate holiday, which traditionally unites all divisions and offices, was celebrated in the form of a countryside Family Eco-Festival in a special place – the Yasno Pole Ecopark. The location and theme of the event “charged up” all Nayada employees with inspiration for creation and Clear Business! 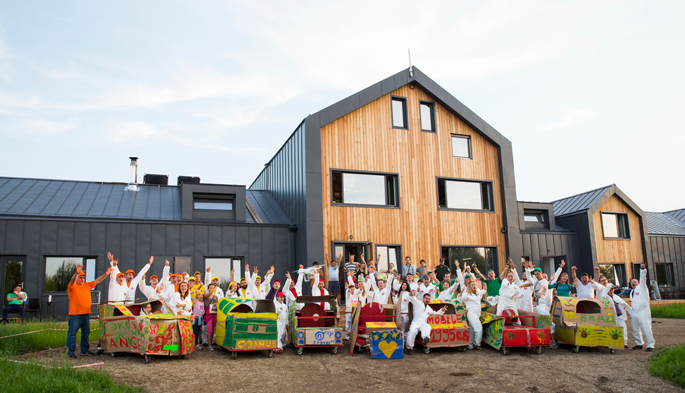 The key theme of the event was NAYADA HEROES, where all those present, even the smallest participants, were able to feel like heroes – participating in competitive tests, creating a real eco-mobile, taking part in master classes, attending a special radio broadcast on NAYADAFM, or even simply just coming to the sunny Ecopark, leaving behind smoggy Moscow.

The Ecopark, created together with architects, is full of meanings and experiences against the backdrop of the pristine beauty of nature. This is a space experience, where the territory, the environment, education and life in nature are all part of one great whole. Architecture is a key element that provides the aesthetic unity between things created by man and nature. Therefore, in such an atmosphere, congenial to the spirit of NAYADA, we celebrated our Company Holiday together with our families and friends. 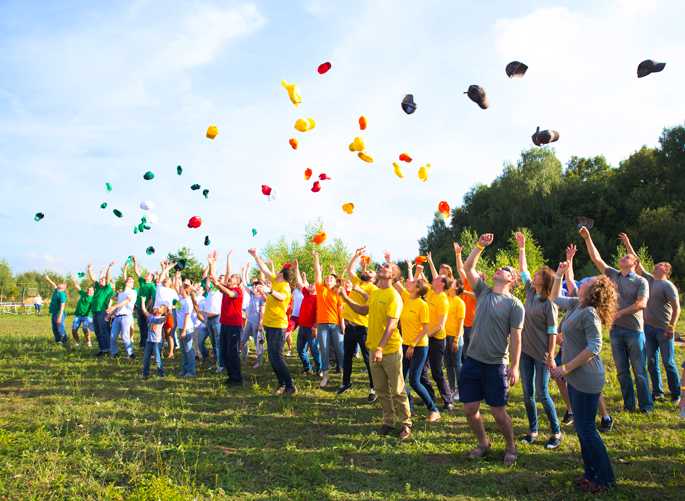 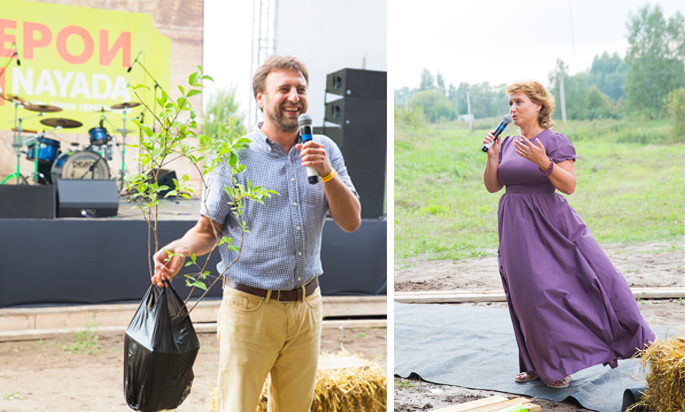 Each design element and content in the program used only natural elements: hay, pellets, a cart with fruit, and even an animated activity with cackling village actors. All snacks and refreshments were prepared by the chefs of Ecopark using natural and environmentally friendly products. 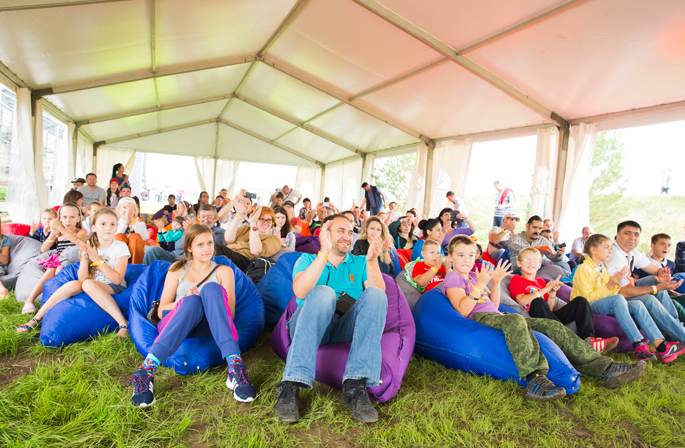 The countryside holiday in nature allowed everyone to rest, have a change of scenery and as it should be, to have fun and let their souls soar – after all, the Holiday program allowed Nayada people of all ages to “be active”!

The main event became the NAYADA HEROES Eco-Quest. The drive, the intense struggle, interesting tests of skill, courage, endurance and creativity were the main ingredients for success in passing this eco-quest.

For passage through the tests, the teams received “Nayada Hearts”, which they could use for the final test in the workshop, where they were able to purchase materials to create their own real eco-mobiles! Subsequently, these eco-mobiles were successfully tested during the Nayada Races on Eco-routes. 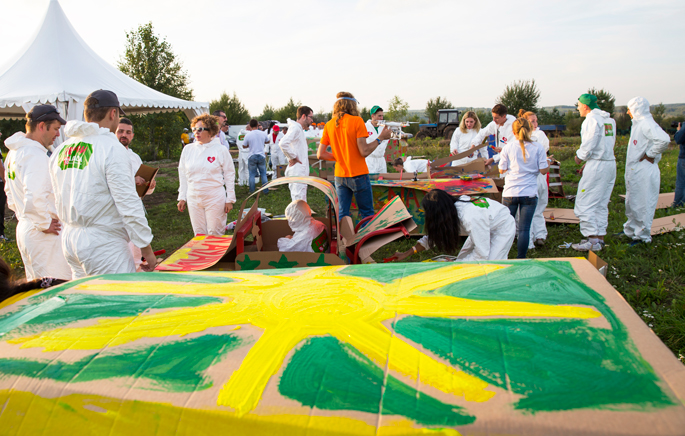 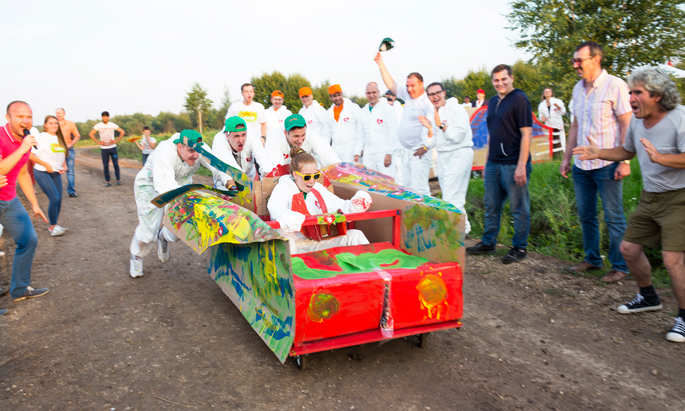 Sports enthusiasts were able to try their hand at beach volleyball, table tennis, badminton, while landscape games enthusiasts staged tournaments in the games petanque and skittles. Adding a special “peppercorn” was the fiery master class in Latin American dances. 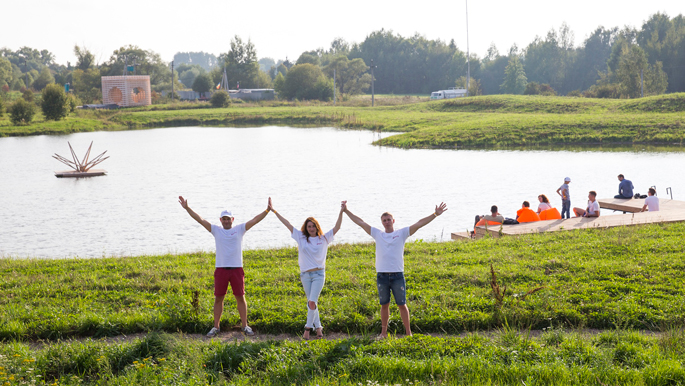 For the smallest members, a separate program was prepared – the capture of the “Bastion” Fortress, a unique children’s architectural playground in Yasno Pole, with “nests” and a “rope town”, a science show with explosions, and a show with chilling experiments, as well as contests and games with fairy tale characters.

During the holiday celebrations, we awarded the winners of the “Live Earth” Contest, which was conducted among the children of the company’s employees on the eve of the corporate anniversary. This competition is one that is the most in tune with the ideology of NAYADA ideas – conserving the ecology of our planet. The project is based on any scientific hypothesis or concept related to the preservation of the environment and life on our planet, and the children’s competition – this is our attempt to appeal to our future, and to try and create it as well, in eco-fashion. 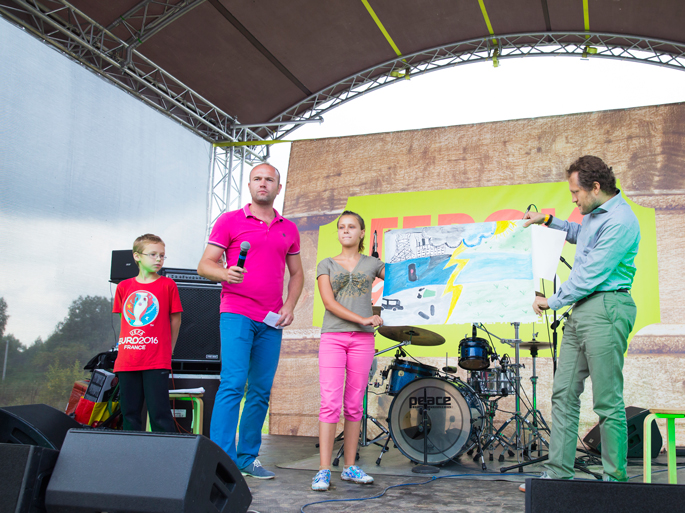 Beautiful artistic scenery and architectural accents of the Ecopark allowed everyone to enjoy a natural family atmosphere, creating a special mood. 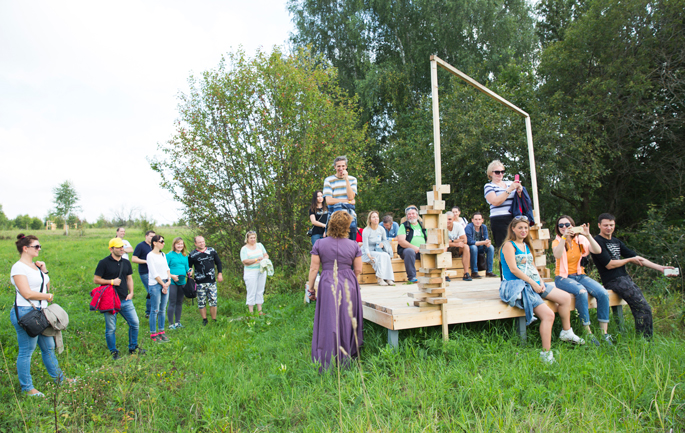 The lyrical end of the busy day become a music concert, in which performed the “Kush Orchestra” and Masha Makarova (Masha and the Bear), which themselves experienced the particularly subtle energy of the Ecopark and the reigning atmosphere of a warm family holiday. 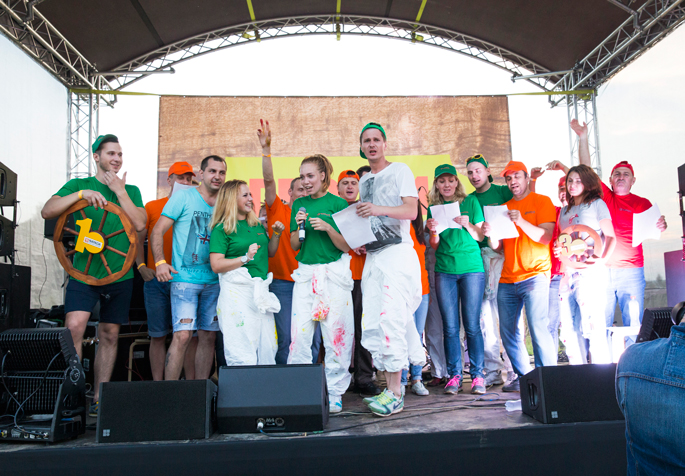