Expanding the horizons: NAYADA for the office interior of Spectrum group of companies

NAYADA partitions and doors have been used to design a new representative office of Spectrum group of companies that is one of the major engineering, design and construction management holdings. The company’s slogan “Expand the horizons but avoid building new boundaries” became the key principle of organization of the office interior. 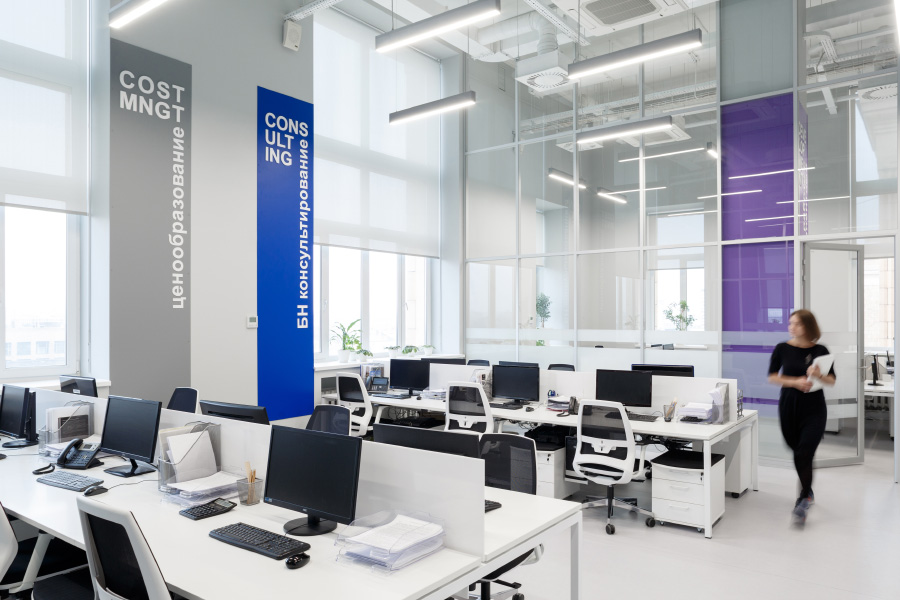 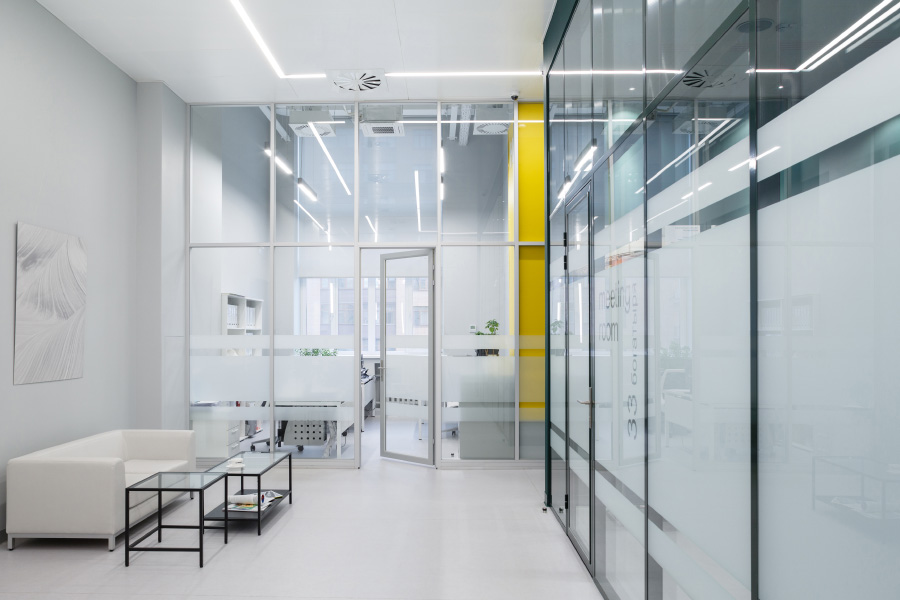 A new office had been planned for the functional departments which work requires confidentiality, and so modern private offices had been arranged. To realize a combination of functional rooms where one zone flows into another one, the designers intended to refuse of any extra stuff to retain only “clean” solutions and use as much natural sunlight as possible. 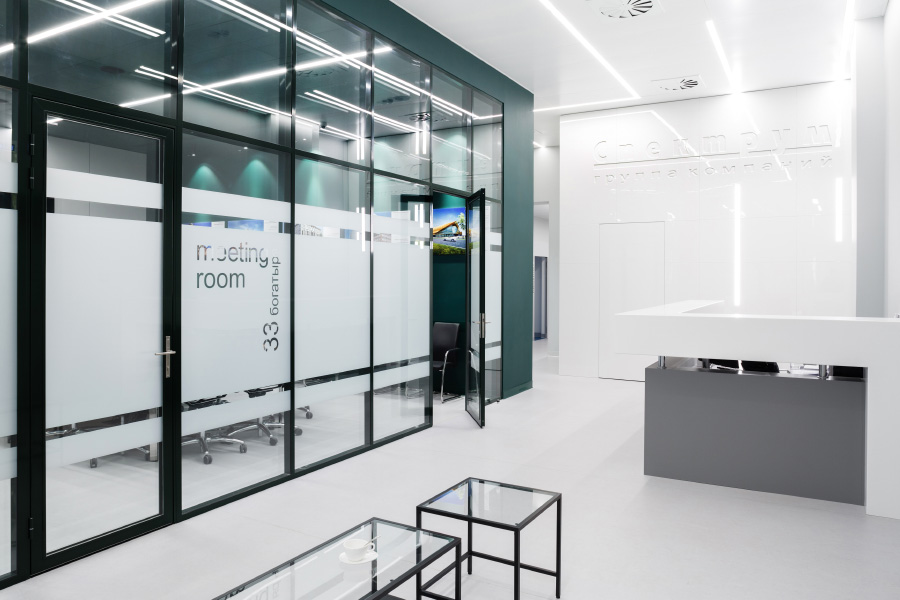 Despite closet planning, the office features a lot of natural sunlight and absence of feeling of disconnectedness that were achieved with the use of NAYADA stained glass partitions. For this project expanding the horizons, NAYADA produced and installed NAYADA-Standart partitions of 6m height! Additional stiffness of high glass structures had been reached with the application of tubes internally mounted into the sections as well as special mounting system hidden behind the ceilings. Cable trays were additionally installed to hide the cables. 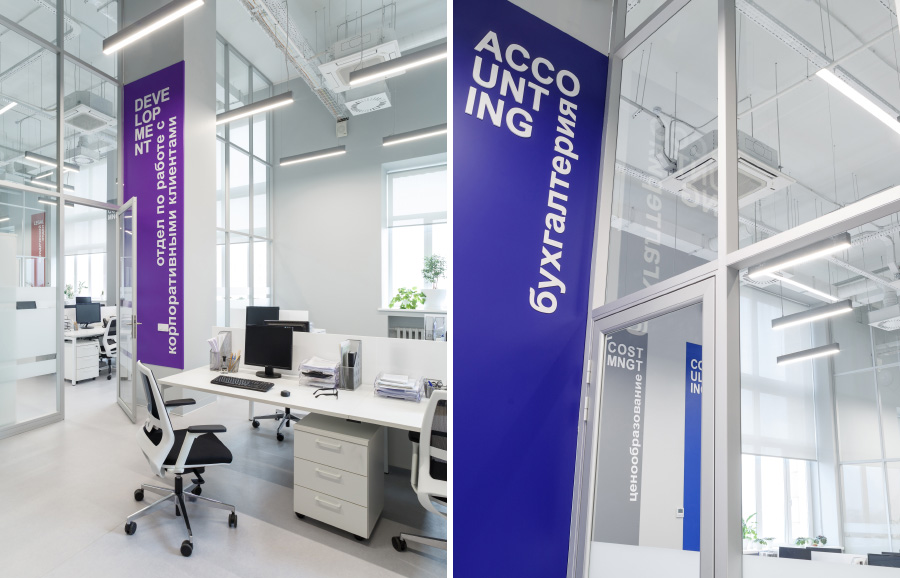 One of the key requirements of the project included necessity of a large number of meeting rooms as the company’s projects grow rapidly and involve more and more participants. A “green cube” became a new highlight of the new office: this is a large meeting room equipped with a multimedia wall which is convenient for the meetings, video conference calls and corporate events. Here the designers applied 4m high NAYADA-Standart partitions with black sections. According to the architectural design, the glass was covered with milky film featuring the names of meeting rooms developed by the employees: “33 warriors”, “3 whales”, “5 stars” and others. Additional sound insulation was achieved through the dropping down door sills. 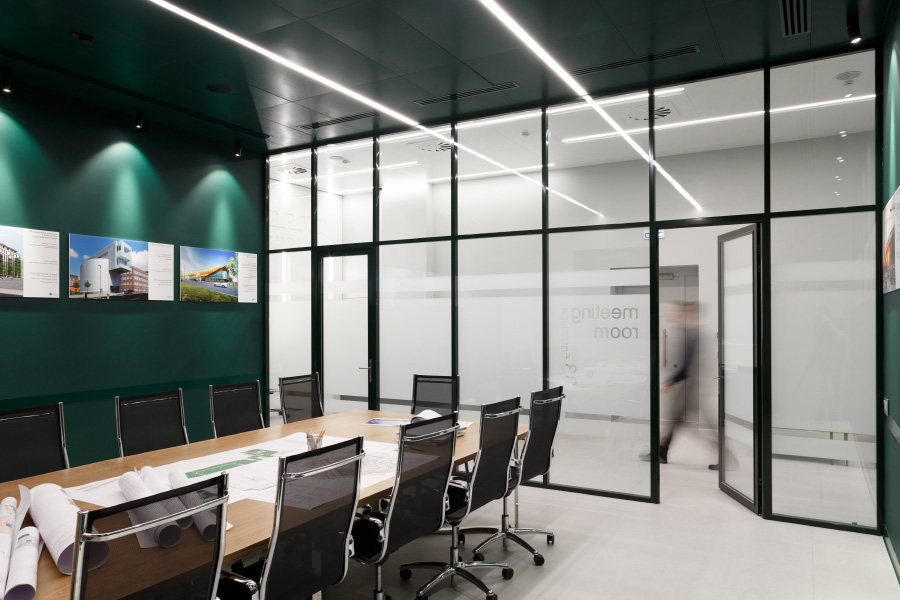 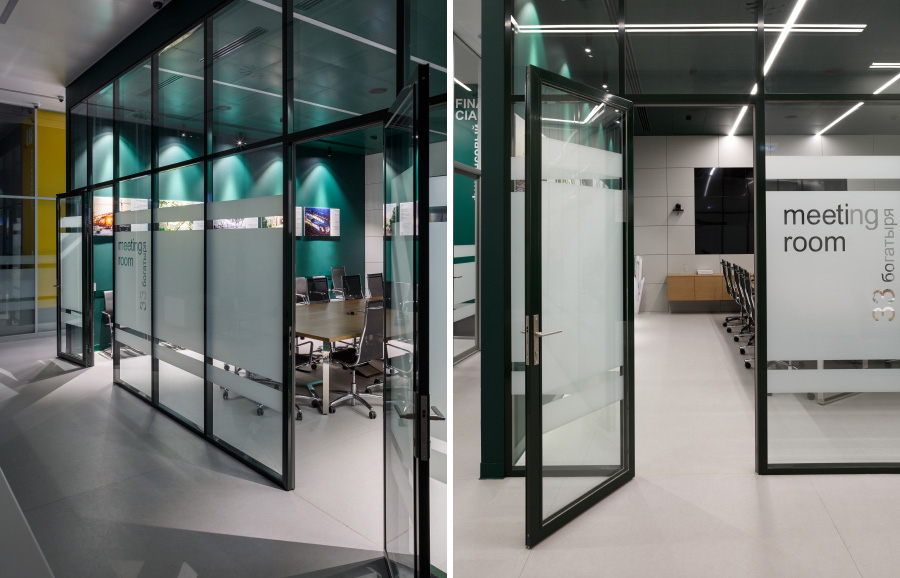 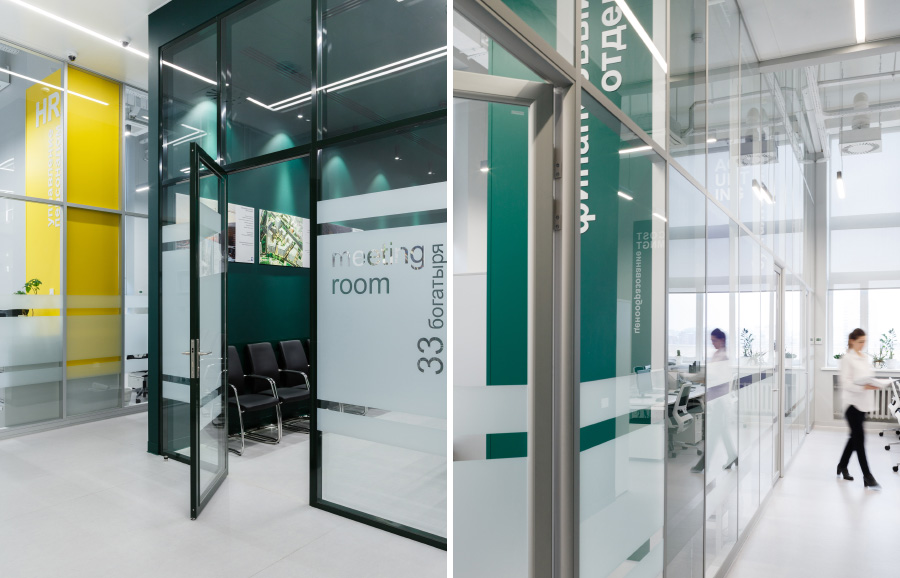 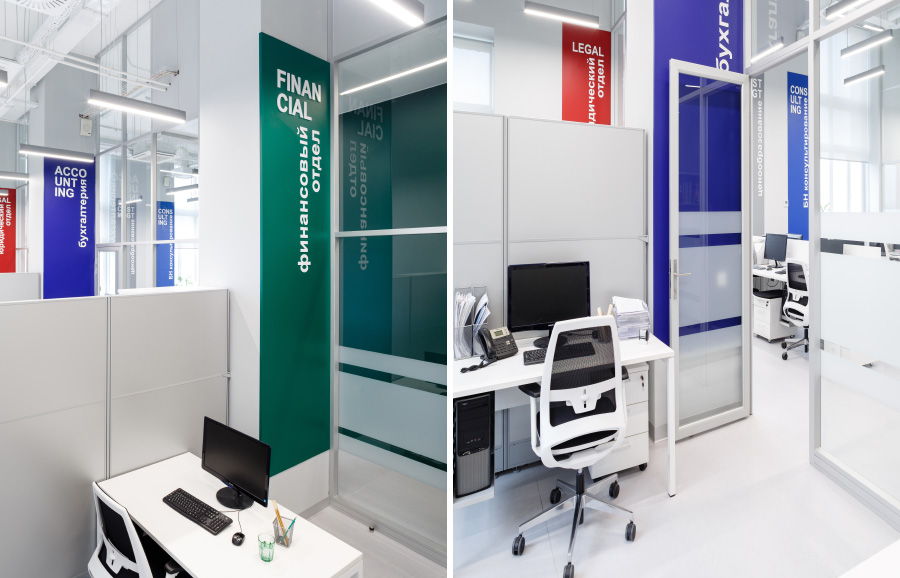 NAYADA-Stels doors with a hidden frame were selected for the public zones to make the interior maximally “clean” and minimalistic. 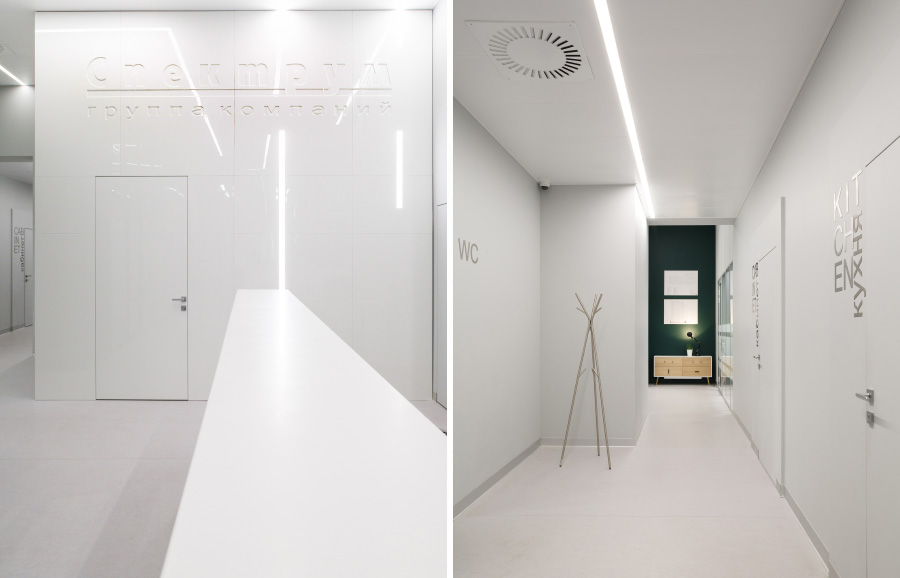 “This project was very special for us not only because we created a space for ourselves, but also due to the fact that the potential of Spectrum has been realized here in full. We demonstrated by personal example how we work at the stages of concept and project design, how we do as a technical customer and deal with construction management, how we manage the costs and provide designer supervision. Work on this project has proved that our team feel equal to everything”, – said Ekaterina Mavrina, a Chief Architect to the project.