The “Podium-Transformer” project: NAYADA in the “Housing Question”

The NAYADA Company took part in the shooting of the “Housing Question” program on the NTV channel. The project developed for the Moiseenkov family was called “Podium- Transformer” – the main idea of this interior was transformability. Transformation of volumes, transformation of colors throughout the changeable areas. And for the heroes of the program, these changes were progressive and for the better! 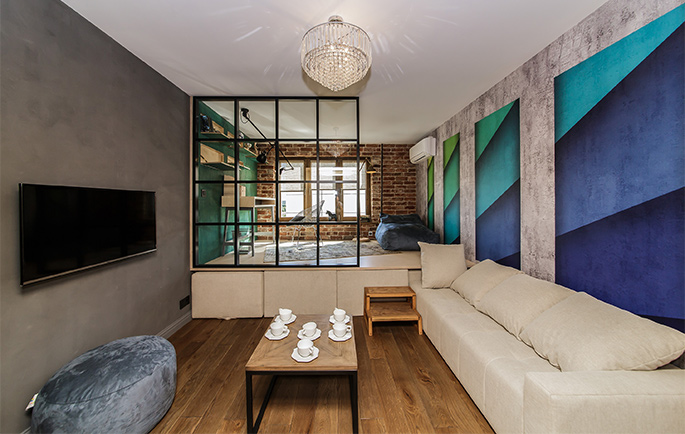 The center for the organization of space became the podium that serves as a separate sitting room. The sitting room is separated from the main part of the premises by a NAYADA glass partition. 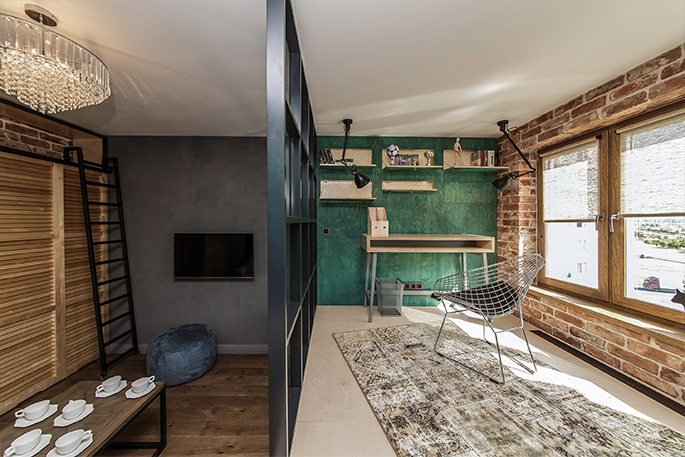 The glass is enclosed in a rough metal, which adds a graphic quality and industrial notes to the interior. Laminated glass with armored film inside provides safety and can withstand severe loads. It does not shatter into pieces under great impact – the glass pieces simply remain attached to the protective film. 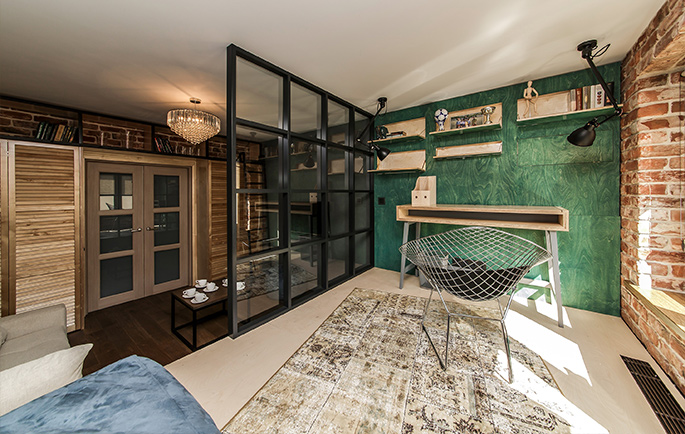 In addition, the main area of functional loading – in the sitting room zone, the podium is also transformable into a bed as well as a full-sized sofa, transforming the room from a bedroom into a living room.

“The main desire of the heroes of the program, which I was assigned – was the creation of a universal interior, including the features of a bedroom, living room and study at the same time, as well as using a maximum amount of bright accents. The main color of the interior was to be gray, and all its shades. Onto this, as onto a canvas, laid down was the main bright colorful accent-green color, which is transformable from a grassy aquamarine to deep, natural wood tones, and graphical lines of dark-colored metal structures. For the interior style, I chose Industrial Chic, but in a more light-version, which very well underlines our idea of transformation. In the end, everything turned out as intended! We have created an interesting, in terms of volume, as well as functional fairly comfortable and stylish interior,” - said the designer of the project Dmitry Litvinov.