Winners announced in the international competition in the field of design and architecture ArchChallenge 2013: Flex Office

The results of the international competition in the field of design and architecture ArchChallenge 2013: Flex Office were summed up in Moscow. The solemn conclusion of the Flex Office competitive cycle was held on the main stage of the InfoSpace International Information and Exhibition Center within the International Festival of Innovation Technology in Architecture and Construction “Green Project 2013”.

The event brought together more than 200 people including both beginners and mature designers and architects who took interest in design and creativity, as well as members of the media. Non-resident participants came from St. Petersburg, Yekaterinburg, Krasnodar, Murmansk and other cities in order to attend the ceremony in Moscow. 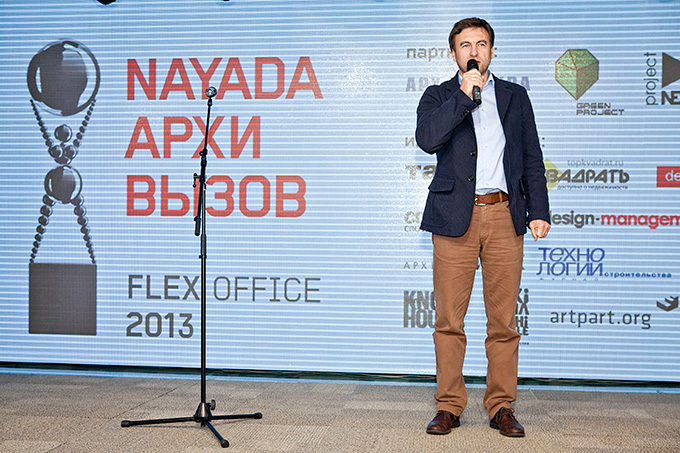 Nine winners in three categories were named at the ceremony: ‘Workplace for Open Space’, ‘Bench Systems’, and ‘Communication and Interaction Areas’.

Dmitry Cherepkov, President of the NAYADA Group of Companies noted: “Over 2,500 talented designers and architects have taken part in the competition during the eight years of ArchChallenge. This figure indicates not only the demand and the growing popularity of such events, but also the way Russian design is developing and improving in general. ArchChallenge has already passed to the practical level – for example, the co-working station “Islands” by Arseny Leonovich has been created in the production facilities of NAYADA, which was highly praised by industry professionals around the world. We hope that this year we will implement worthy projects of our participants”.

In addition to the main awards, prizes from the media partners of the competition were awarded at the ceremony: the magazine about the best in the world of product design and architecture ArtPart and the service for the work with EspressoWork portfolio, glossy magazine “ELITE. Interior Territory”, advertising agency “ARD”, architecture magazine SPEECH, architectural publication TATLIN, magazine “Project Russia”, and the Internet portal topkvadrat.ru. The authors of seven projects received prizes and the opportunity to publish their interviews in leading industry design and architecture publications. All competitors were able to talk personally with the organizers of the competition and to discuss the possibility of implementing their furniture concepts.

The works included into the short list (68 projects) were presented in the final exhibition. The exhibition was open to visitors for the entire duration of the “Green Project” Festival.

The chairman of the jury, Italian architect Luca Scacchetti, greeted the participants with a welcome speech. “To be here is like to look at your own creations from a different angle, to see them in a new light” said Luca Scacchetti. “The ArchChallenge is a great opportunity to look at the office world in a new way, especially for young architects and designers”. Before the ceremony, Luca Scacchetti led a master class “Italian approach to the creation of Projects” for everyone, where he told about all the nuances of the architectural and design arts.

The ceremony was conducted by the expert in the field of design Olga Kosyreva and Vladimir Kuzmin, an architect and designer, the head of the studio “Pole Design”.

The ceremony was broadcast on-line on the site of the leading media holding RBK.

The annual competition ArchChallenge, which has become the calling card of the NAYADA Company, was launched in May 2013 in partnership with the communication agency ProjectNext.

The organizers received more than 500 applications from 14 countries during the period of the competition (6 months). Designers from Italy, France, Germany, Spain, India and Peru expressed their desire to participate. As a result, 232 competitive projects were received.

As a result of the online voting by the jury, 68 projects were included in the shortlist. The category ‘Workplace for Open Space’ included 27 entries, ‘Bench Systems’ included 22 entries, and ‘Communication and Interaction Areas’ included 19 entries.

Several key events were held as a part of the Flex Office competitive cycle: the initial workshop that included speeches by leading Russian designers and architects, introduction of the winners of last year’s competition, including Arseny Leonovich (the prize winner of ArchChallenge in 2012 in the category ‘Furniture for Co-Working’ – the workstation “Islands”), and a tour to the production and logistics center of NAYADA. 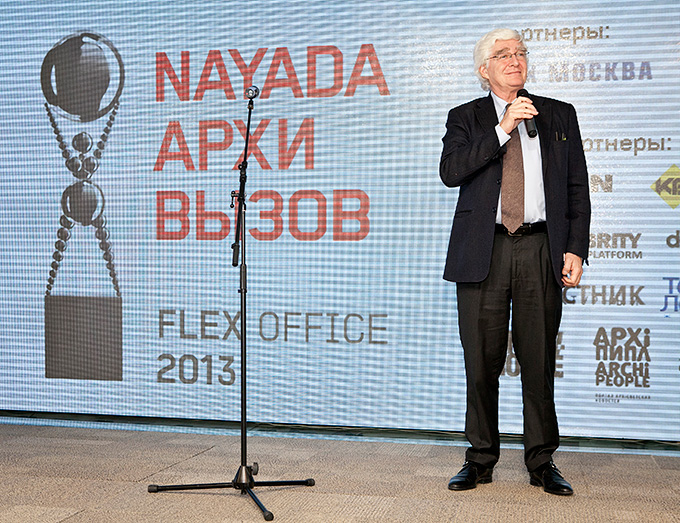 The jury of the competition consisted of famous Russian and foreign architects and designers Daniel Dendra, Umberto Giraudo, Sergey Estrin, Vladimir Kuzmin, Yuliy Borisov, Eric Belousov, an expert in the field of design Olga Kosyreva, managing partner of OfficeNext & ProjectNext Sergey Konnov, and President of the NAYADA Group of Companies Dmitry Cherepkov. The Chairman of the jury was the Italian architect Luca Scacchetti.

ArchChallenge was launched for the first time in 2005 under the name “Office Space: Creativity, Technology, Innovation”, and became the first Russian creative contest in the field of designing office interiors and equipment. More than 2,000 entries were received and many outstanding works were evaluated at seven competitive cycles. Some of them were implemented in the production program of NAYADA. for a For a number of designers, successful participation in this contest became a key point in their professional careers.